It’s been a couple of weeks since I last did one of these, so you’ll have to forgive the fact that some of these (Soundcarriers / Khruangbin / Sunn O))) ) are from last week, and some of them are out this Friday (t’others). I usually try to take in the opinions of other shop members when I write this piece, but anyone that knows my music taste will tell you that this week is clearly mostly my influence. The Pneumatic Tubes record is my personal pick this week, as is any Ghost Box release ever, but the psychedelic ooze of Soundcarriers comes a close second. 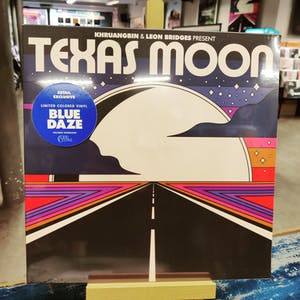 Building on the wonderful laidback grooves of 2020’s ‘Texas Sun’, this nighttime redux takes Bridges’ wonderfully smooth vocals and once again lays them over the swooning instrumental bed that Khruangbin do so well. ‘Doris’ is a wonderfully indicative start, perfectly tracing the roots of both of their respective sounds, and drawing them together into a swooning, syncopated syrup of bass and snapping echoic percussion, all ridden by the slightly syncopated vocal near-dubs from Bridges. My top pick here is definitely the beautiful closer of ‘Mariella’ which moves more towards the hazy theme established on their first collaborative outing, but with the soulful groove and minor-key swing of its crepuscular counterpart. We’ve still got the lovely ‘Blue Daze’ vinyl available too, which I’m sure won’t hang around for too much longer.

If you’re a fan of this one, you’ll enjoy Manchester Psych Festival, which takes place across multiple venues across the city, on the 3rd of September! 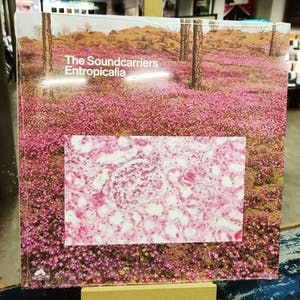 Originally released on the great Ghost Box records (more on them shortly) in 2014, Entropicalia is a wonderfully diverse melting pot of swimming psychedelia, 60’s pop, and electronics and is a much sought-after reissue, coming not too long before their newest LP comes out in April. Pieces like ‘the Outsider’ are reminiscent of the scattershot psychedelic scree of Barrett-era Floyd where ‘Signal Blue’ is more of a lolloping, French-cinema-themed woozy number. It’s Leonore’s vocals here (who has since been an integral part of the great International Teachers Of Pop) that really lend the perfect amount of atmosphere, and make the self-aware ‘So Beguiled’ such a beauty. Add to that the 12-minute epic ‘This Is Normal’, which spans beautifully realised ambient, funk and psych with ease over an expansive and ever-shifting foundation. An entrancing and enduringly brilliant listen.

Mixed bag here, as if you like The Soundcarriers, you’ll potentially also like Pneumatic Tubes (below) and you’ll probably FAIR PLAY on the 2nd of April, featuring an array of multi-disciplinary artists!

Pneumatic Tubes – A Letter From The Treetops 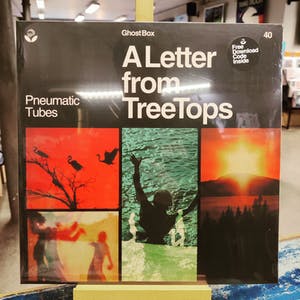 Speaking of Soundcariers AND Ghost Box records, in a possibly unintentional twist of fate, Jesse Chandler (of Mercury Rev, Midlake, and aforementioned Soundcarriers fame) releases his newest outing on the ‘Box this week. As always for one of the most consistent labels in the business, it’s a beautifully evocative and wonderfully rich melting pot of modern-classical, ambient, and folk a-la shop favourite Andrew Wasylyk or Marissa Nadler, who makes an appearance on backing vocals, to great effect. It’s a beautifully composed, richly rewarding listen and weaves skilfully through the fringes of ambient electronica and more organic woodwind-led psychedelia with ease, never straying too far into either direction. 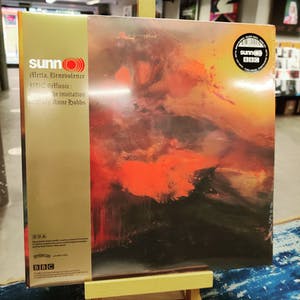 I’ve covered the great Sunn here before, so if you like Sunn you’ll know what I’m talking about. If not, it’s probably pertinent to say that they are not easy listening. They are loud, heavy drone Musik. Stephen o’ Malley and Greg Anderson has been at the forefront of drone for a good few decades now, and it’s showing no signs of abating. Their newest duo of albums (‘Life Metal’ being the main one, and ‘Pyroclasts’ being a sort of accompanying collection) includes Hildur Guðnadóttir of one of my favourite bands of all time, Múm on strings and joins them at one of the most fruitful times of their career. Metta is a performance of some of the newer material at the invitation of 6 Music’s Mary Anne Hobbs and is a thundering, transformative collection of earth-shaking bass, slowly phasing distortion, and hypnotic heft. It’s thoroughly uncompromising and utterly, utterly brilliant. It’s not for everyone, granted but then what is?

King Hannah – I’m Not Sorry, I Was Just Being Me. 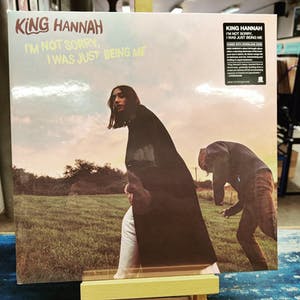 King Hannahs’s sound is obviously influenced by lo-fi indie and Americana, but the more you listen the more it reveals itself to be an unfurling collection of arty rock numbers, clearly more towards Sharon Van Etten / PJ Harvey than it first appears. There are massive blasts of snapping percussion, echoic room reverb, and sleazy riffs throughout, ranging from 12-bar blues-influenced groove to more esoteric, widescreen gothic rock and all ridden with the almost spoken-word vocals of Hannah Merrick. It’s perfectly balanced and inherently full of attitude and groove, and swimming with the sort of saturated production that seems either really quite old or fantastically modern, depending on how far back you remember. A wonderful, swooning collection of balmy rock riffs and gleaming vocal melodies.

Another one for those who like The Soundcarriers and Pneumatic Tubes! We imagine that you will also enjoy FAIR PLAY…