We’ve got a bit of a different format this time, and it involves me going through the wonderful Albert Hall end-of-year list and telling you why I wholeheartedly agree with the chosen albums. I have to admit some trepidation upon opening the list that none of the things *I* thought were brilliant would be on their list, but in yet another show of cross-company agreement (or just simple good taste), LOADS of our Piccadilly top albums were also in this list. How fortuitous!

I pretty much knew this one would be on there. Having put on one of the greatest gigs to have taken place in Manchester in the past few years, Little Simz is really on a meteoric rise. While ‘Grey Area’ was a wonderful piece of songwriting and performance, it’s on ‘..Introvert’ that her widescreen brand of gigantic soulful hip-hop really shows. From more stripped-back stoned soulful groovers (Two Worlds Apart, I See You) to HUGE hands-in-the-air anthemic numbers (the titular ‘Introvert’ is such a massive tune, it’s hard to describe, but give it a listen and you’ll see), there really isn’t a bad piece on the album. Our second in the Piccadilly chart, and a VERY deserving potential top spot.

Mogwai – As The Love Continues 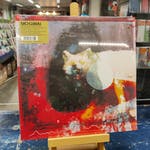 This is the first year where my personal top spot is also the overall top spot in the staff charts, and I really can’t say enough good things about Mogwai, both previously and on their groundbreaking (UK No, 1 in the album charts) LP, ‘As The Love Continues’. Continuing their focus on the more melodic end of post-rock (Ritchie Sacramento could easily sit in the upper echelons of the charts among singer-songwriters and synth-pop alike), there are huge choruses, deep walls of sound, and a more pop-focused sensibility while still retaining their unmistakable twinkling melodicism. An absolute triumph and yet another jewel in their hugely varied but consistently superb canon. 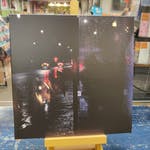 I have to admit that for my personal end of year list, I hadn’t listened to this superb new LP from Manchester legends Space Afrika yet… I know, I know, what an oversight. ‘Honest Labour’ manages to juxtapose soulful neo-downbeat with brooding electronica seamlessly, falling somewhere between the fractured electronics of Actress and the best bits of the entire Hyperdub Catalog. Pieces like ‘Noise Sweet’ while simple really serve to highlight the sonic characteristics of the more deep, dubby offerings ( <> or the brilliant opener, ‘yyyyyy2222’). It’s a wonderfully composed and impeccably collected LP, and one that will continue to reward further listens endlessly, I’m sure. Space Afrika for Manchester President. 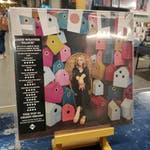 It hit big in the shop this one too, as all of Jane’s LPs have been. For me, this is probably the greatest outing yet, brimming with the playful psychedelia she does so well. The pop genius of closer, ‘Solarised’ for example shines with that light dancefloor sensibility while pieces like the twinling ‘Lux’ or ‘Sunset Dreams’ are a little more scattered and heady, resulting in a perfect mix of divine euphoric groove and thoughtful, lysergic wooze. It’s a brilliant live show too, with synth man Raz perfectly replicating the soaring oscillators behind Jane’s wonderfully evocative vocals. 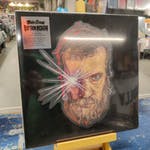 My last recommendation on this entirely superb list HAS to be the wonderful new John Grant LP, ‘Boy From Michigan’. John is a good friend of the shop and I’ve been a big fan of his music since I first heard the wonderfully wry lyrics and brilliantly self-deprecating charm of ‘GMF’. Since then he’s gone from strength to strength and hearing the huge disco-synth groove he’s managed to coax out on Boy From Michigan elicits the most wonderful delight. It’s a dynamically complex but perfectly composed LP, as clever and deep as it is accessible and danceable. Classic JG.