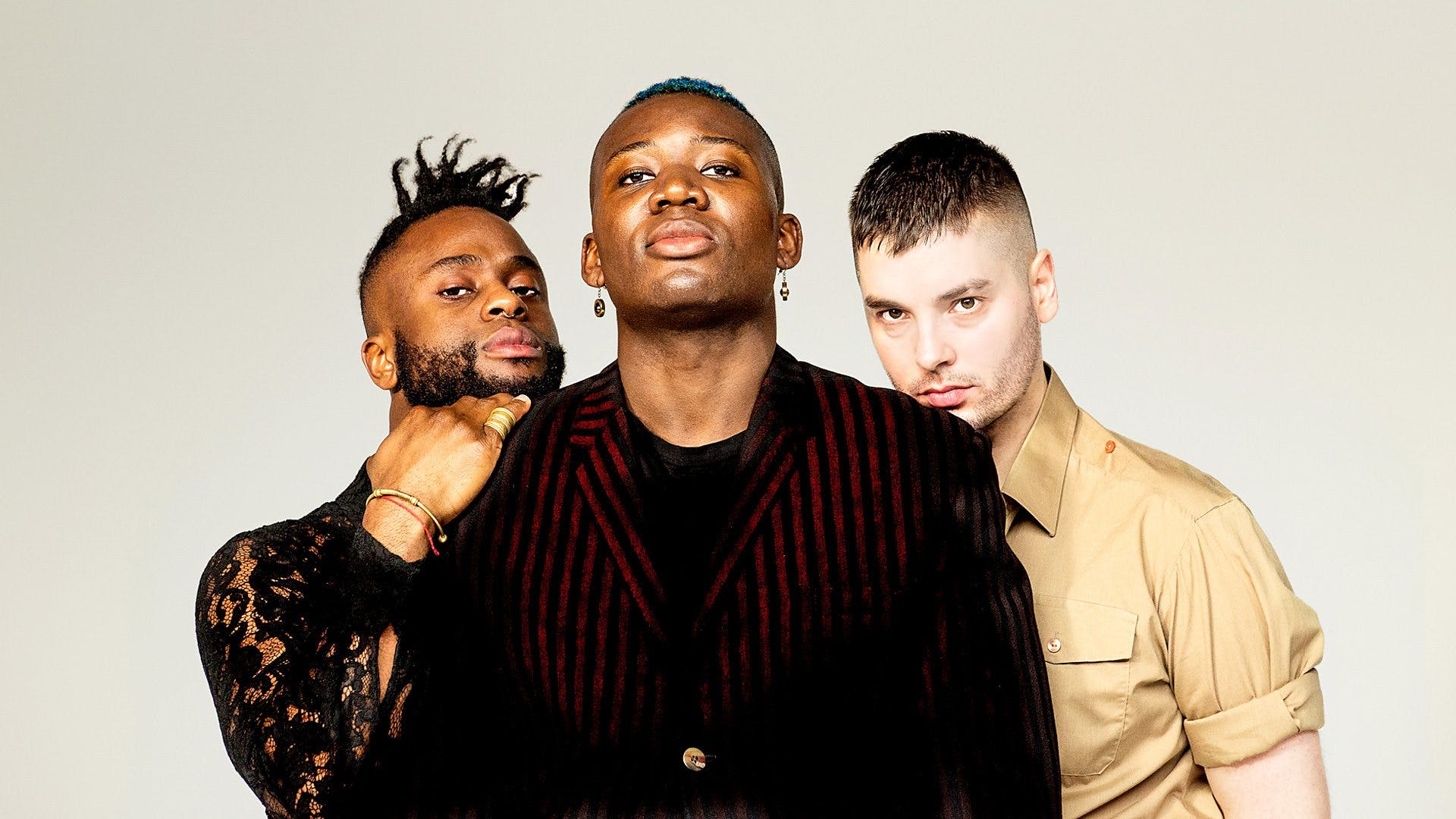 A rap group from Scotland!!??? It was a laughable idea ten years ago, but dystopian hip-hop trio Young Fathers absolutely broke the mould when they emerged with early mixtapes (Tape One & Tape Two) on Anticon. The latter winning Scottish Album Of The Year despite not even technically being an album!

Their fusion of tribal beats, lo-fi production, squeezed compression, and esoteric lyrics, was wholly unique – striking the fine balance between avant-garde experimentation and inclusive pop hooks, but with anything innovative, it takes time for people to catch on.

Early shows, though lacking in numbers, were captivating. Their first Manchester gig (Deaf Institute 2014) felt more like a gripping piece of theatre than a live show, such was the intensity. The trio commanded the stage with choreographed moves, demonically staring into the crowd in combat mode while delivering cryptic verses.

Despite being a critical success they were by no means a commercial one. Debut album ‘Dead’ sold a mere 2,300 copies, so when they were nominated for the Mercury Prize very few people knew of them, and even fewer would’ve gambled on the 16/1 odds on them actually walking away with the prize, but they did, beating the hyped FKA Twigs, and Jungle to it.

After defying the odds repeatedly in their career to get to this point, the three went back into military mode and infamously stood expressionless on the red carpet for the press, saying after the awards, “It doesn’t change anything at all… What do you expect us to be doing? Jumping around?” Things did change though; more people were willing to give them a chance, rather than dismissing them as weird. “It was validation. But creatively it meant nothing, because we knew we were good before,” they later told the Guardian.

One very important person gave them a chance. Director Danny Boyle, was so enamoured with their music that he used six of their tracks to set the tone in ‘T2 Trainspotting’, describing one in particular ‘Only God Knows’, as ‘the heartbeat for the film’.  More opportunity then came knocking following the release of third album ‘Cocoa Sugar’ – an invite into the populist realm, with a slot on Jools Holland.

As you can see, they rocked it, breathing fresh air into the inertia, and that’s what new album ‘Cocoa Sugar’ looks set to do. It’s been the much needed breakthrough album, the trio describing it as their most ‘linear’ to date in their own words. It’s an easier record to digest, but still holds their uncompromising percussion and obfuscating words we’ve become accustomed to.

It’s a record that’s seen them stamp their flag defiantly into mainstream territory, without conceding any ground, remaining firmly true to their colours, perhaps now is the time an army of fans will follow…