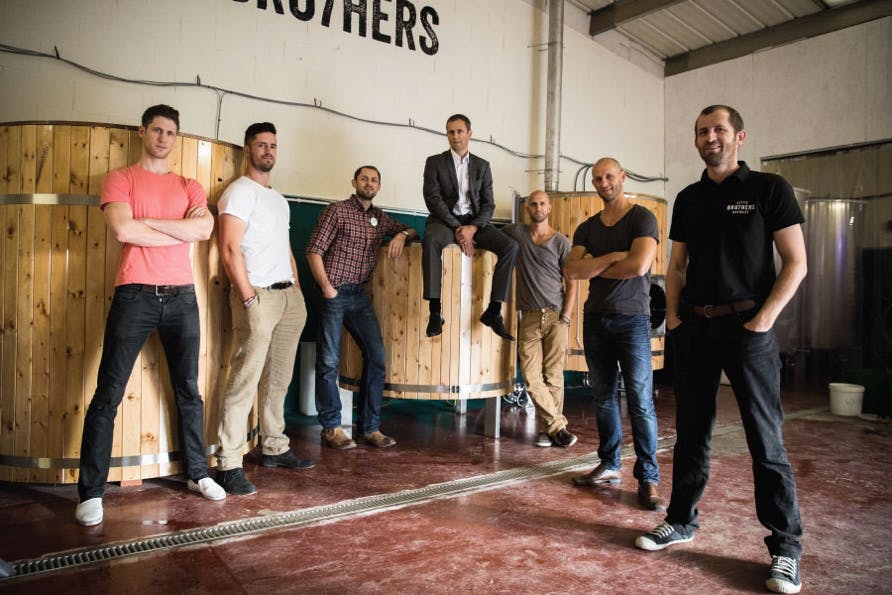 Just like in Munich, Oktoberfestival Albert Hall will serve the best limited–edition beers from the official festival and this year they will be going up against the best of Manchester breweries who will be serving their own limited–edition creations.

We stopped by our friends at 7Brothers to find out their story and what’s in store for Oktoberfestival. 7Brothers dream is to create craft beer that is accessible to everyone.

As children, the 7 brothers used to help their dad make beer in the cellar of their family home, from this a hard work ethic was drilled into all brothers by their beer loving father. Keith travelled to Oslo for work and was inspired by the local craft beer scene, this is when the brothers decided to take what they had learnt from their dad, their love for beer and the skills and knowledge picked up in Olso… 7Brothers Brewery was founded in August 2014.

Two years later 7Brothers opened their first beerhouse and their main brewery in MediaCity boasts its own tag room that holds regular beer making & tasting events. Across the 2 sites they have 7 brothers and 20 staff which includes a strong mix of craft loving beer ladies and have colloborated with brands such as Hotel Football, BrewDog and Jimmy’s NQ.

The brothers have just won the International Beer Challenge Award (Silver) by Drinks Retailing News and launched the first round of their crowdfunding campaign. The next few months look even more exciting for the brothers as they plan to expand their MediaCity brewery and open a second beer house in the UK. On 22nd September they are hosting a beer festival in conjunction with Pomona island – tickets are £10pp including a free pint, all you can taste homebrews, DJs, and live music throughout the day. Grab tickets via their website.

At Oktoberfestival 7Brothers are showcasing their Watermelon Wheat Beer which is made from fresh organic watermelons from local Cowheards Fruit Suppliers. The Watermelon Wheat Beer is a mellow and hazy beer with subtle notes of watermelon. Don’t be surprised by the name, this is not a fruit beer but the taste is phenomenal! It will be available on tap at the festival in both stein and pint measures, ja!