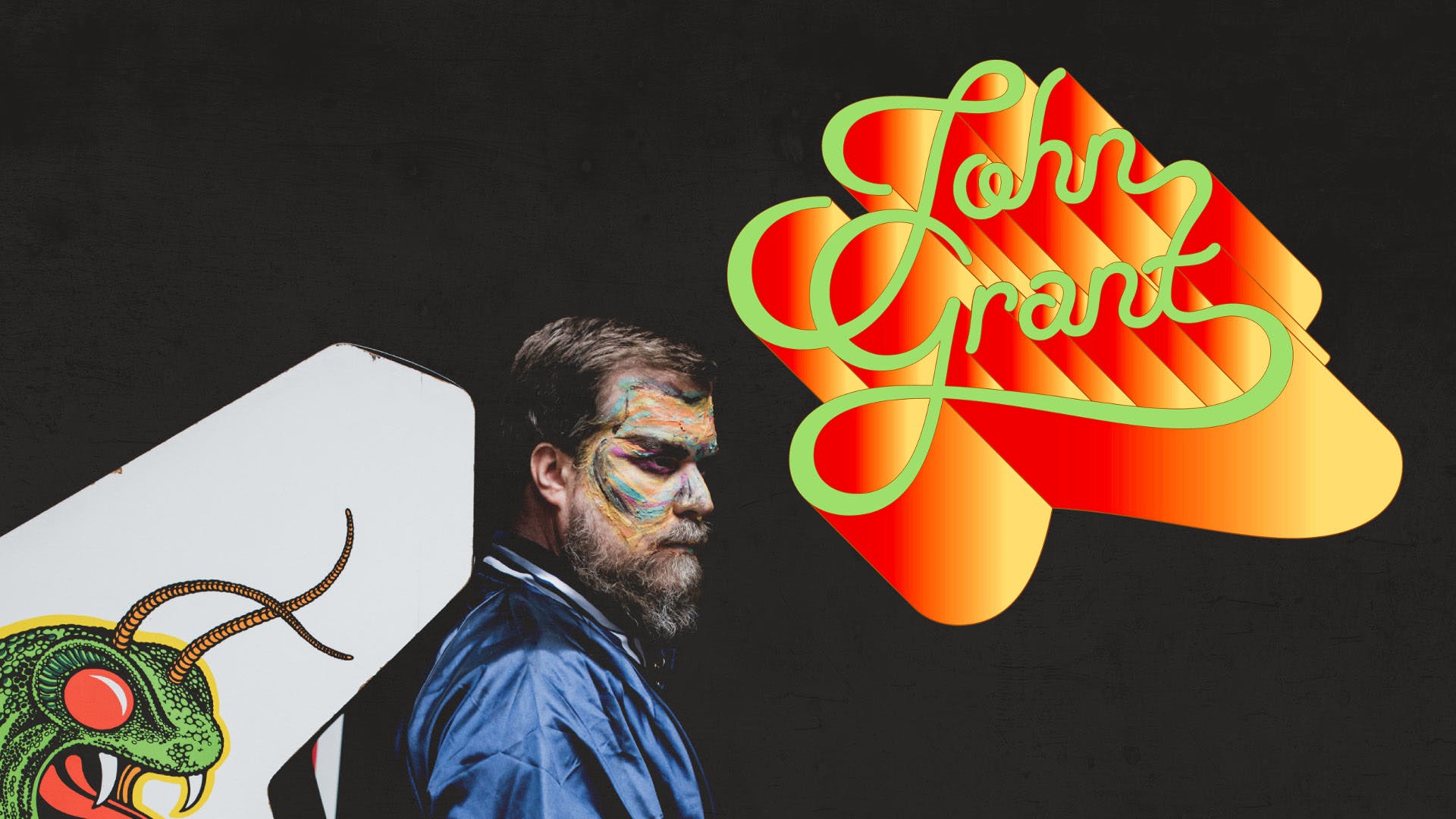 John Grant recently shared a video for the first single and title track of his new album, ‘Love Is Magic’. Have a watch below. Directed by Fanny Hoetzeneder, the canine–friendly clip is a snapshot of unconditional love, sountracked by Grant’s epic electro–march.

Even when the Michigan-born man released his debut solo album Queen Of Denmark in 2010, Grant laced sumptuous soft-rock ballads with an array of spacey, wistful synthesizer sounds, increasingly adding taut, fizzing sequencers, nu-synth-disco settings and icy soundscapes to the mix on 2013’s Pale Green Ghosts and 2015’s Grey Tickles, Black Pressure. Now, with his fourth solo album Love Is Magic, Grant continues to evolve, creating his most electronic record yet, in collaboration with Benge (Ben Edwards), analogue synth expert/collector and a member of electronic trio Wrangler, Grant’s collaborators earlier this year under the collective name of Creep Show on the album Mr Dynamite.

Produced by Grant (together with Benge and Paul Alexander), and engineered by Benge at his Cornish studio, the diamond-hard, diamond-gleaming Love Is Magic, “is closer still to how I’ve always wanted my records to sound, but I didn’t know how to go about it,” Grant says. Already mentioned above, he also called on bassist Paul Alexander of Denton, Texas maestros Midlake, renewing a working relationship that began on Queen Of Denmark. “Paul trained in music theory at UNT in Denton, Texas with an emphasis in Jazz and I knew he would come up with beautiful harmonies, so I unleashed him on the backing vocals,” Grant enthuses. “He comes up with interesting angles rather than the obvious and also plays some of the best bass lines I’ve ever heard.”

Anyone familiar with Grant’s story will recognise his battles – with addiction and health, with trusting love and relationships. From this turbulence he’s forged another riveting collection of often brutal diatribes and confessionals, where humour, fear, anxiety and anger overlap as Grant, with trademark candour, figuratively exposes the machinations of his saturated brain. It’s epitomised by the album’s brilliant opener ‘Metamorphosis’, almost as if his warring psyches are facing up to one another, as impervious synth-pop and brain-on-fire imagery melts into dream-ballad introspection and back to synth-backed mania.