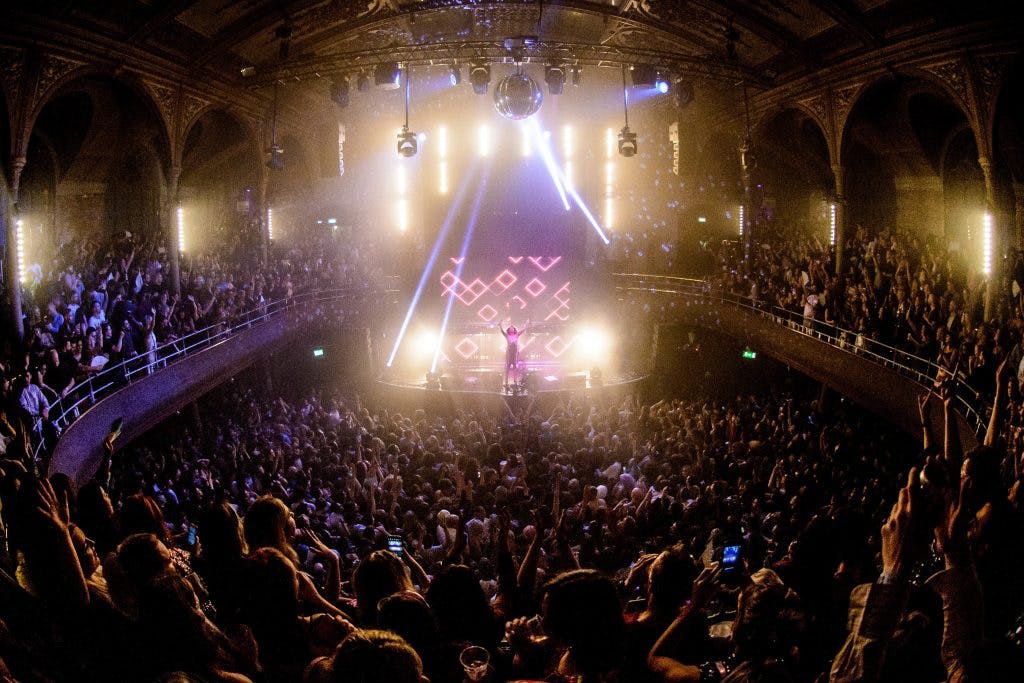 Bringing together the ethos and energy of the Paradise Garage and Studio 54 and driving it right into the 21st Century, La Discotheque is an immersive assault on the senses, a place where you can let loose, dress to impress and get your groove on.

With a soundtrack that treads the fine line between classic disco anthems and modern house, plus a team that covers every venue it hits with confetti, balloons, and more glitter than you can shake your booty at, this is a club night not to be missed.

Over the past 18 months La Discotheque has seen Evelyn ‘Champagne’ King, Candi Staton and Jocelyn Brown take to the stage, as well as Horse Meat Disco, Crazy P and Cassius creating a fusion of dance floor destroyers both past and future. Here’s a look at our top five fave moments.

Get ready to get into the disco…

Deep into the early hours of Sunday morning on our launch night the Horse Meat Disco boys were pumping out a mixture of deep house, disco and early electro funk. The room filled with sweaty men, scantily clad women and everything in between. Suddenly…. a big hairy man pushes past the security runs onto the stage in all his naked glory. It took the security a while to realise he wasn’t part of the show given what had already happened that night!

The ginger bouncy ball of fun that is Joe Spencer, our resident vibe provider (need better term to explain who he is), gets a lot of our La Discotheque highlights started; whether it’s gyrating on the stage floor, snogging someone in the crowd, or strutting his stuff in one of his countless outrageous outfits, he represents everything the night stands for, and we adore him.

Nicky Siano, Studio 54 stalwart, came to Albert Hall to premiere of his ‘Hallelujah Disco’, bringing gospel and dance together. A live gospel choir performing the likes of ‘Stand of the Wold’ by Joubert Singers and ‘Love Sensation’ by Loleatta Holloway.

At the last event people were surprised with secret sets in the girl’s toilets! Fresh off the main stage Purple Disco Machine played the infamous toilet rave with a live stream beaming it online. La Piscotheque is a cheeky homage to the Manumission Ibiza days when the likes of Fatboy Slim would play a blinder of a set in the loos.

”Sometimes I feel like throwing my hands up in the air…”

When the clock struck midnight on New Years Eve 2016, as thousands of balloons dropped from the rafters, Candi Staton began her set with probably the most famous line in dance music history, and kicked off the New Year in true La Discotheque style. With over 2,000 people singing along and beaming smiles art each other, this is a goose-bump-inducing moment we’ll cherish forever.