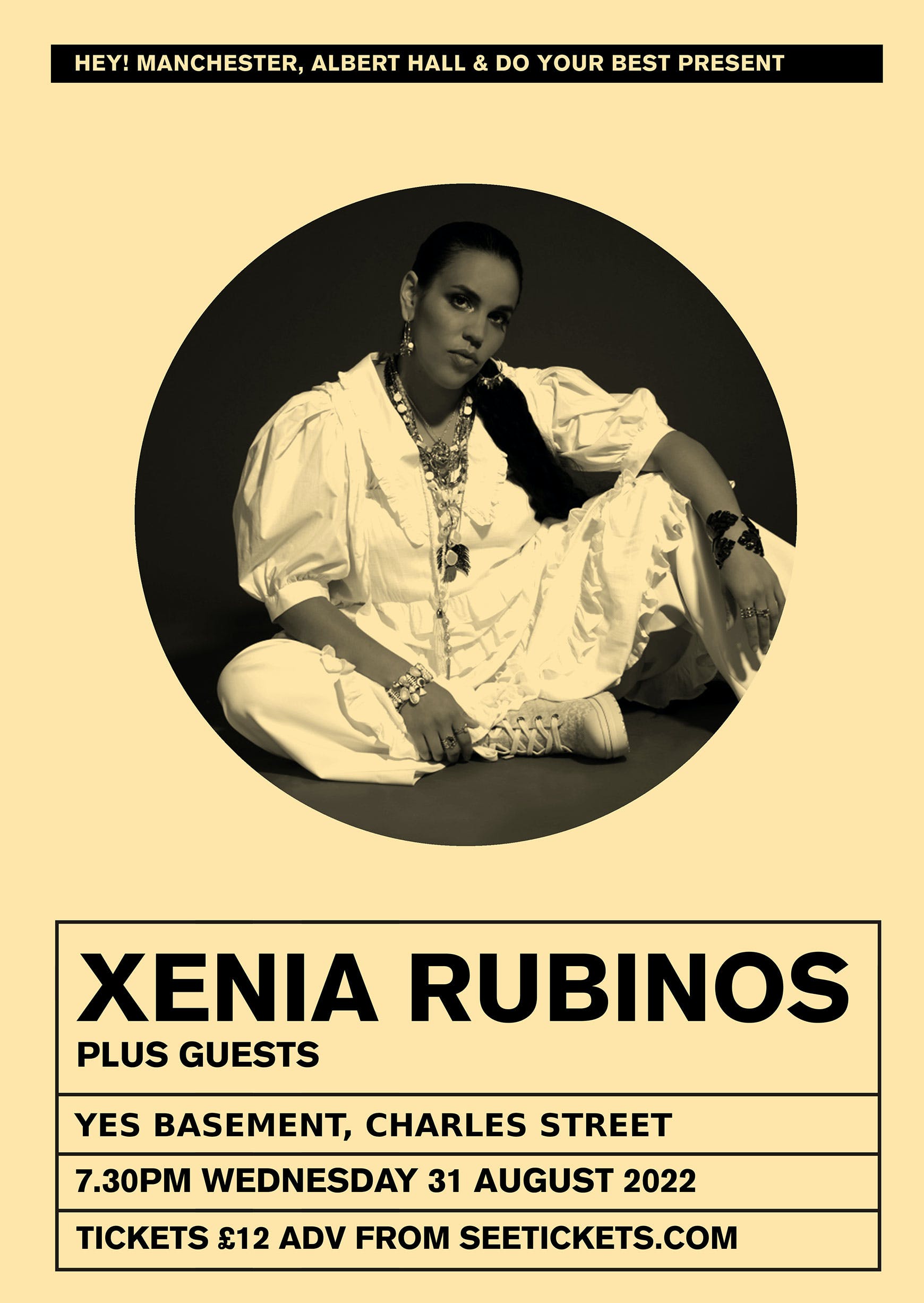 PRESENTED BY ALBERT HALL, HEY! MANCHESTER + DO YOUR BEST

By November 2019 Xenia had been on-the-go nonstop since the release of her critically acclaimed 2016 LP Black Terry Cat, touring the world, performing, and promoting her record. She wrote the personal superhero anthems “Diosa vs Bugeisha”, experimenting with a more electronic palette and character-building—themes that would ultimately help shape the cinematic narrative qualities of her own novela, Una Rosa. But her hustle hid heartache, and she reached a point where she wasn’t sure she’d be able to continue making music. She consulted a curandero, who diagnosed her with “perdida de espiritu” (“loss of spirit”). But he also assured her that her days of making music were not over.

And it was the music, as well as her longtime collaborator producer and drummer Marco Buccelli, that helped pull her out of the abyss. At the start of the new year, he dragged her to their new studio and patiently supported her as she re-learned how to make music, and re-built herself as a musician from scratch. It would be months before she felt anything, but as they put together “Did My Best,” a pulsing electro ballad drenched in vocoder and pathos, she finally turned a corner. The cathartic expulsion of sorrow and regret changed everything for her, and when COVID-19 pandemic reached our shores and the world slowed to a halt, it gave her a chance to catch up. “I had no expectations,” Rubinos explains. “There were no parties. There were no shows that I could have been at but I wasn’t there, or I had to see someone that I didn’t want to see…there was none of that. So it’s like all of a sudden everybody was kind of on my level, you know?”

As the music she was making coalesced into something more cinematic, Una Rosa began to take shape: A feature-length opus chronicling a triumph over internal struggle, built around a hymn passed down from the ancestors. The visual story began to take shape even before the music was completed. The videos and cover art were completed even before the album, and served as reference points while producing the music. Each single came with a portrait of a different character; The rage-fueled, grill-wearing woman and the caged little girl in “Who Shot Ya?”, the grieving party girl of “Did My Best,” the fortune-telling futurist jazz singer in “Cógelo Suave.” The record would have two sides: The “RED” A side, comprising hot, aggressive, in-your-face fiery drama, and the “BLUE” B side, with more introspective yet expansive mood. Just like her abuela’s flower lamp, it changes colors through the night hours, accompanying you along the journey.