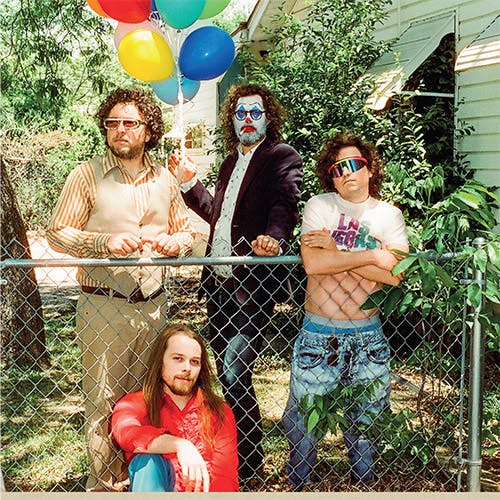 The band have just released new album ‘Performance’. They’ve studied the greatest records ever made, but they write songs just dumb enough to drink, dance, and fight to. Theirs is a music that aims for the whole body, while equally satisfying the mind. While it has morphed, expanded, and even burst apart, White Denim’s sincere and human drive and ability to spark exhilaration have been unerring constants of the band’s existence. Now, two years on from their comeback album supreme, ‘Stiff’, singer-guitarist James Petralli and bassist Steve Terebecki have changed tack again for their seventh full-length, ‘Performance’. A new studio, new collaborators, and new techniques for writing and recording influenced the elastic possibility and liberation felt throughout.