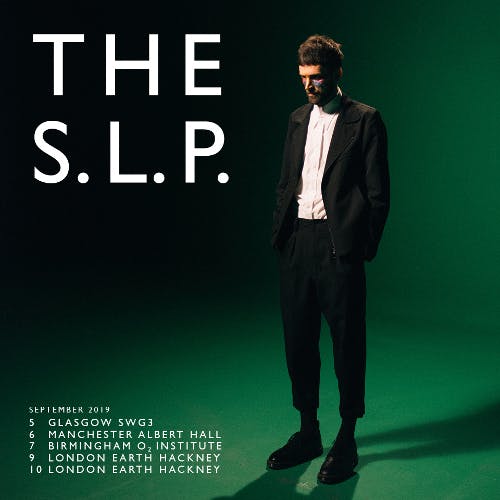 Following the release of his acclaimed track ‘Favourites’ featuring Little Simz, Kasabian mastermind Serge Pizzorno aka The S.L.P. has revealed he will release his debut solo record ‘The S.L.P.’ on 30th August on Columbia Records. Serge will also play a string of headline dates across the UK and Europe this September including two shows at London’s EartH on the 9th and 10th September.

The S.L.P. plays the following dates –

New single and second song to be taken from the upcoming album ‘Nobody Else’ is an infectious house hit and a track that sums up The S.L.P.’s breezy, rulebook-out spirit of exploration. Speaking of the track Serge said ‘I started to learn jazz chords,” he continues “it’s so important, that innocence of just exploring and experimenting, when you’ve got that little part of you going ‘can I get away with that?’

Listen To ‘Nobody Else’ HERE

Recorded and produced by Serge at his Leicester studio The Segery the ‘The S.L.P.’ is an 11-track trip across hip-hop influence, richly melodic moments, psychedelic-funk, new-wave and euphoric scenes. Second single ‘Nobody Else’ is piano ballad turned sun soaked house banger follows first taste ‘Favourites’ featuring Little Simz. Other album highlights include ‘Meanwhile… At The Welcome Break’ a collaboration with man of the moment slowthai, the euphoric ‘Trance’, and psychedelic funk outs ‘The Wu’and ‘Youngest Gary’.

Serge says of the project Serge says “Moving forward, I’d like to collaborate more and open that door more. The S.L.P. project will become this sort of place I can go and just do whatever. It’s so important to have that” continuing “My life in the band and my boys, that’s part of me that will be there forever, but then there’s something else I have to get that out or I won’t be able to move forward.”