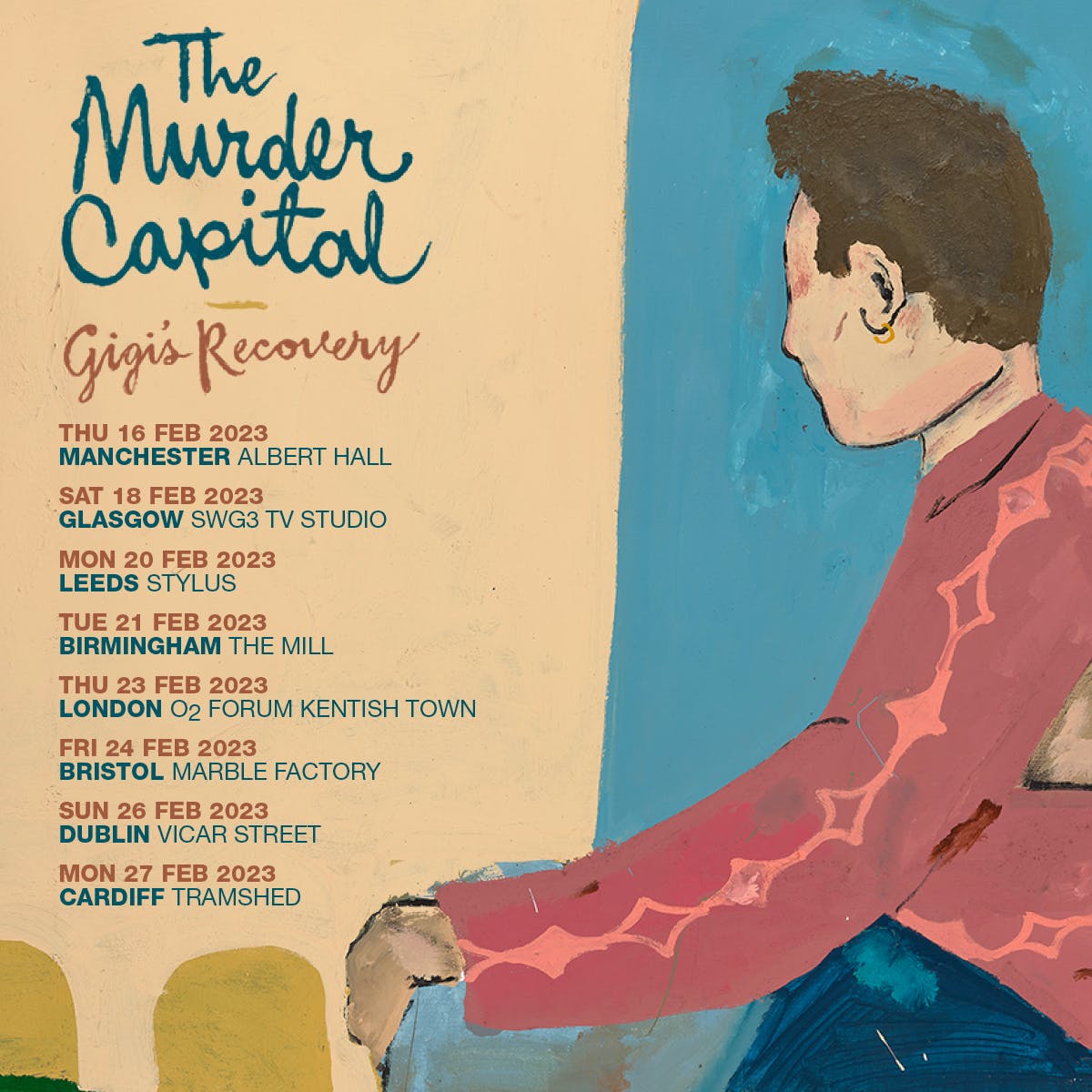 Following The Murder Capital’s return at the end of July with their first new material since 2019, “Only Good Things”, today they share the news of their much-anticipated second album “Gigi’s Recovery” set for release on January 20th via Human Season.

Paired to a striking video directed by Tommy Davies, the band also share their second single from the record, the emotive and widescreen “A Thousand Lives”. “A thousand lives with you and I won’t be enough” James sings, with a carefulness and weight to it, as though each life is a layer within the song, slowly building up and falling away distinguishable or indistinguishable from one another, depending on how you hear it.

Front man James McGovern had the following to say about the themes behind the new single:

“Knowing that the day is only X-hours long, alongside my understanding of how love can be the true restorative seed, means that if and when you are so lucky to find it (and it is true) the seemingly small glance that is our lifetime could never contain enough of those days or those hours. Even a thousand of those lifetimes would never be enough.”

The John Congleton produced new LP follows the Irish band’s celebrated 2019 debut album, “When I Have Fears”, which reached a Top 20 chart position in the UK, a #2 position in their native Ireland, and featured in media end of year lists internationally with The Guardian calling it “an outstanding debut from a great new band who play it like they mean it.”

The Murder Capital also made their live return this year performing at the likes of Primavera Sound, VYV Festival and Solidays, as well as opening for Pearl Jam at British Summer Time. The performances follow their largely sold-out EU / UK tours in 2020, and they take to our stage for a highly anticipated performance.