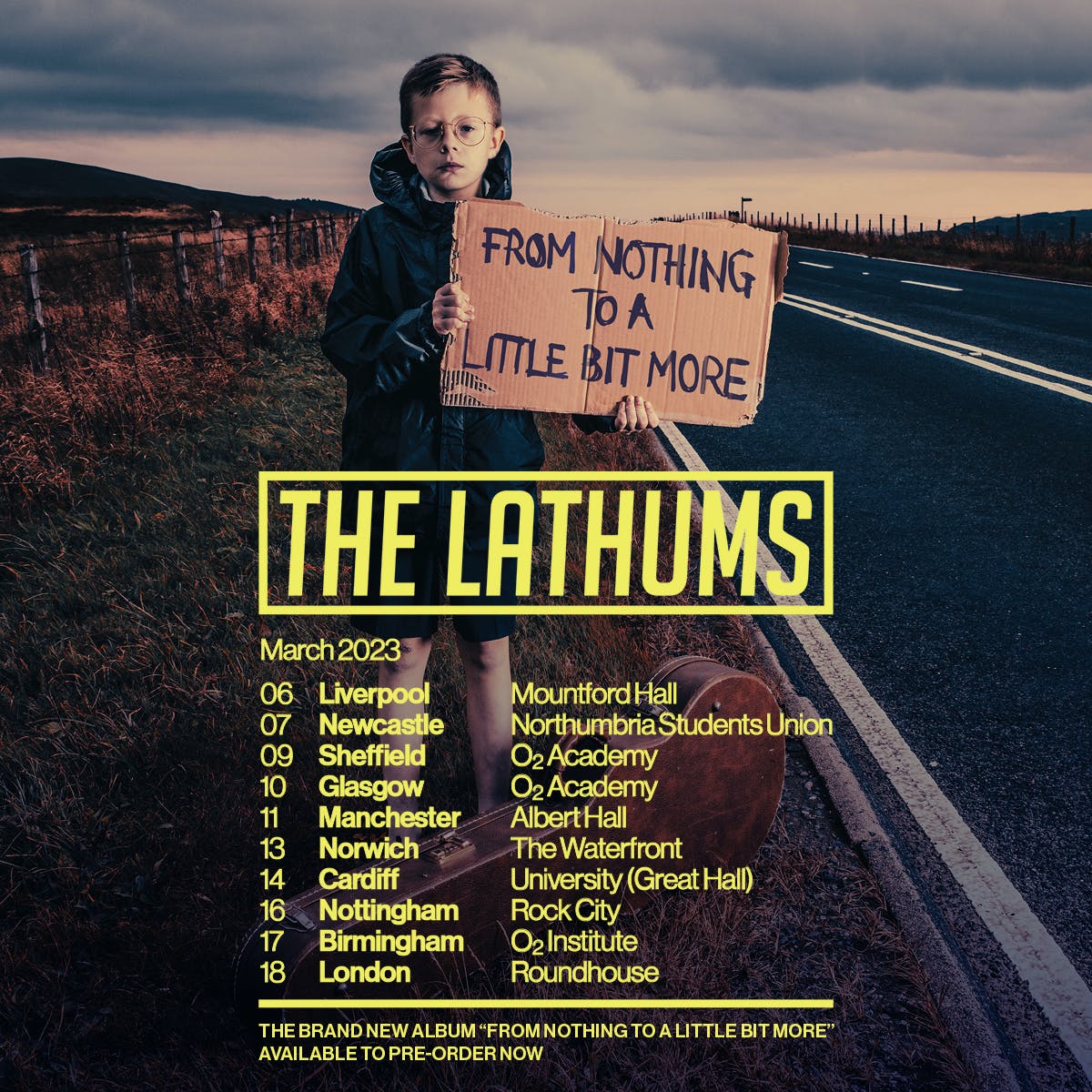 Having lived their rollercoaster ride to the top of the charts and main stages inside just two years, The Lathums state their intentions to supercharge their continued rise with the release of Say My Name – OUT NOW.

Simultaneously stating that the album, set for release on Fri 24 February 2023 on Island Records will be ‘an act of rebellion having seen the rules of the game’ and encompass more of the ‘sad and strange’, the new single follows springtime’s infectious, soaring teaser, Sad Face Baby out into The Lathums’ brave new world. Promising a total of eleven songs, From Nothing To A Little Bit More follows the UK Official Album Charts No.1 success of the band’s 2021 debut, How Beautiful Life Can Be.

After showcasing Say My Name in front of fans during a busy summer, including blistering, coming-of-age performances at Reading and Leeds Festivals, any initial shyness, naivety, or insecurity felt by The Lathums has dissipated in favour of an unapologetically expanded live sound. Say My Name is the first concrete indication that the same, fresh sense of possibility surrounding the band’s enhanced stage set-up has followed them into the studio.

Reflecting on the track, Moore says: “Say My Name is a more recent song and, like everything we seem to do, has profound personal meanings. It’s a conversation with someone who has gone, with them speaking to the person who is alive, saying the things that they want to hear.”

Never more content than when on the road, The Lathums recently completed a short run of intimate dates across the UK and head out almost immediately with Kasabian, supporting them on their upcoming arena dates, opening at Manchester’s AO Arena tomorrow (Fri 28 October 2022). Having hit what may have felt like unbeatable highs with landmark, sell-out shows at Manchester’s O2 Victoria Warehouse and Blackpool Empress Ballroom over the past year, The Lathums 11-date, spring 2023 tour promises more memorable nights in their company.