THE GOOD, THE BAD AND THE QUEEN

THE GOOD, THE BAD AND THE QUEEN 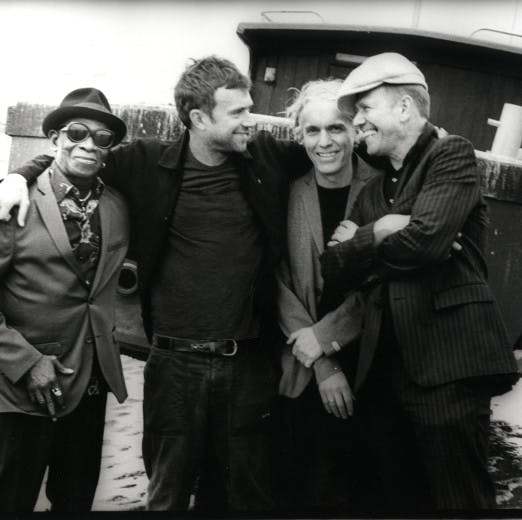 THE GOOD THE BAD AND THE QUEEN – 9PM

The Good, the Bad & the Queen is the debut album by an unnamed alternative rock band, released in January 2007. The album debuted at #2 in the UK Albums Chart and was certified gold in the United Kingdom within days of its release despite a small degree of media recognition and airplay in the United States, the album entered the Billboard 200 at #49.

The project is a collaboration between Damon Albarn (Blur and Gorillaz), Paul Simonon (The Clash), Simon Tong (The Verve) and Tony Allen (Fela Kuti).

Although The Good, the Bad & the Queen was initially reported as a solo album by Albarn with Danger Mouse producing, NME revealed in late July 2006 that the solo project had been switched to a new group formed by Albarn.

The Good, the Bad & the Queen is in one sense a concept album, as its songs are all themed around modern life in London. It was described by Damon Albarn as “a song cycle that’s also a mystery play about London” in an interview with the magazine Mojo.