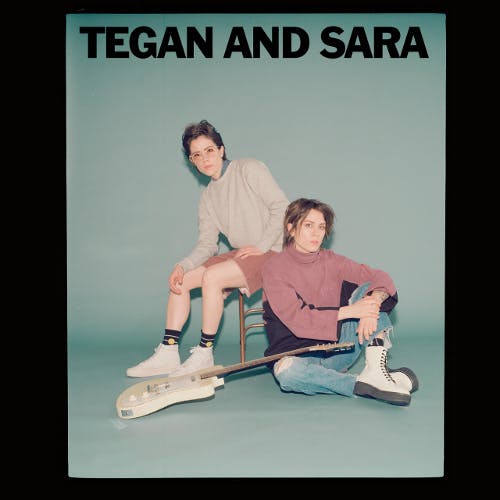 High School is Tegan and Sara’s first memoir, chronicling their teenage years during the height of grunge and rave culture in the 1990s in Calgary, Alberta, Canada. The memoir is a bravely honest account of twin sisters growing up down the hall from one another, struggling to figure out their identities, their sexuality, and their futures. While writing High School, Tegan and Sara discovered two cassette tapes with dozens of the first songs they ever wrote between the ages of 15 and 17 – tapes that had been unheard for twenty years. Hey, I’m Just Like You is made up entirely of new studio recordings of those early songs, recasting Tegan and Sara’s remarkable innate songwriting talents as teenagers, and allowing these previously unreleased songs to benefit from the studio expertise they have gained in the past two decades as professional musicians.

The Hey, I’m Just Like You Tour will remind you of all that is uniquely challenging about being a teenager; it will also remind you of that short and singular span of years when the future seems wondrously, enticingly possible. This is the origin story of Tegan and Sara.