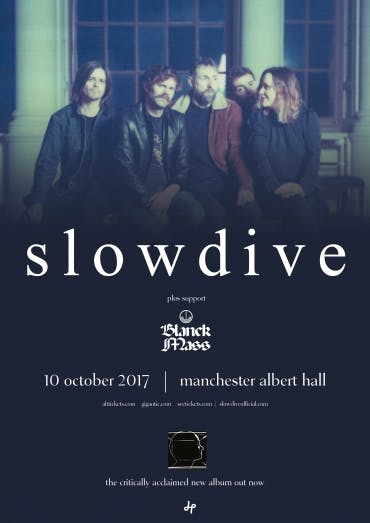 Slowdive continue an extraordinary year that has seen the band receive global critical acclaim for their new self titled album by announcing an Autumn tour of the UK and Europe. The announcement follows the band’s sell out North American tour and their very first live dates in South America.

Slowdive released their new album on 5th of May, their first for 22 years, earning them their first UK Top 20 album position, their first foray into the US Billboard chart, Top 40 slots across Europe and critical acclaim across the world.

Pitchfork described the new album as, “a precise and altogether gorgeous showcase of their peerless ability at production, mood, and songcraft” and The Guardian said that “it’s difficult not to feel moved by the expanse of the group’s oceanic comeback”

Slowdive will be coming to Albert Hall on Tuesday 10th October! Tickets are currently on sale so be sure to get some before it is too late!