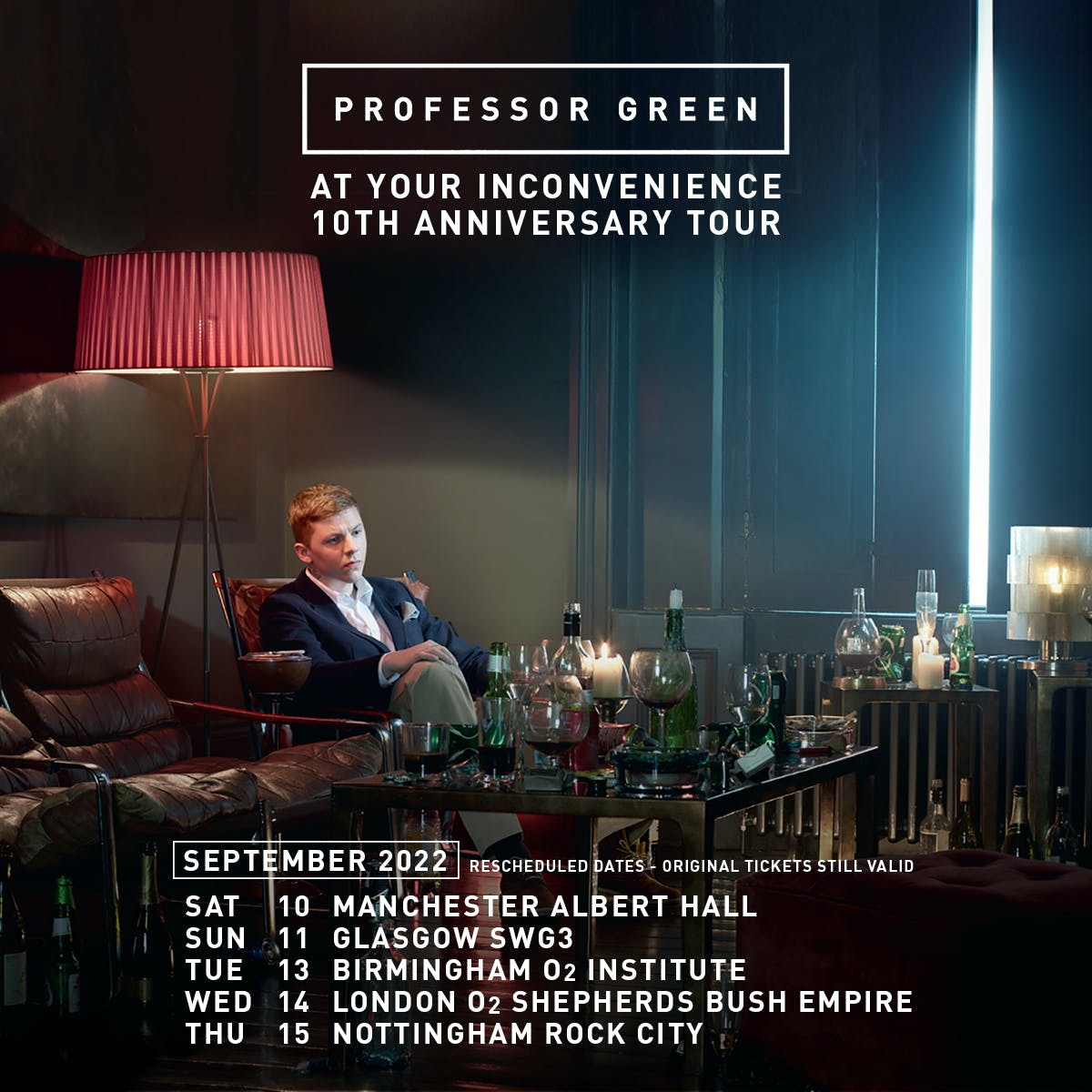 We’re delighted to be hosting the one and only Professor Green in 2022, as he celebrates ten years since the release of his career-defining second studio album, ‘At Your Inconvenience’.

Firmly established as one of the crossover superstars of British music, Hackney-born MC turned host and mental health activist Professor Green, AKA as Stephen Manderson, is an integral part of UK music, releasing two Top 3 albums and amassing a career tally of over 3 million combined sales in the UK alone. The tour celebrates his legendary second studio album ‘At Your Inconvenience’ amassing over 100,000 sales, courtesy of hits such as emotional number 1 “Read All About It” featuring Emeli Sande, and upbeat pop-rap hybrids like “Remedy”.

Fast forward 10 years, the MC has blossomed into a multi-faceted artist with multiple strings to his bow. He has presented five critically acclaimed BBC documentaries, with his first documentary series for Channel 4 called “Working Class White Men” being short-listed for a Grierson Award, as well as inking a recording agreement UK independent label Cooking Vinyl. During lockdown he’s also managed to start a nutrition company called Aguulp, a Pizza company called GizNGreens, and continues to work with mental health charities.