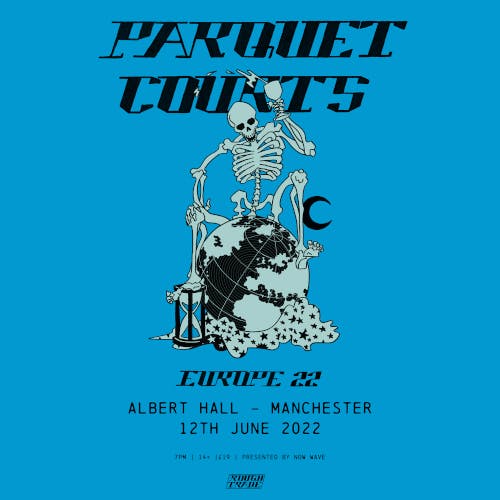 Having grown exponentially since the release of their debut album, American Specialities, as a limited edition cassette at DIY shows in their hometown New York in 2011, Parquet Courts are now indie rock tycoons in their own right.

The quartet announced their sixth album, Sympathy For Life, with the release of two new tracks in 2021: Black Widow Spider and Walking at a Downtown Pace. Speaking of their new material, frontman Andrew Savage described the band’s new sound as a venture into more psych-heavy sonics: “I wanted to find a sound that was equal parts Can, Canned Heat and This Heat.”