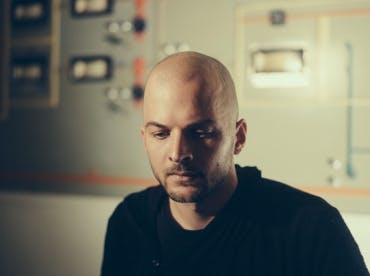 Due to weather conditions we advise customers to travel safely and arrive as early as possible for tonight’s show.

His last show at The Albert Hall in 2015 stands out as one of the greatest shows we’ve ever had in the venue. Beautifully melliflouous piano tones floating around our serene space. This is definitely not a show to be missed.

Nils is a composer who crosses many musical boundaires. While principaly working as a pianist, his work delves into electronic depths too. You’ll often see him high up on the bill at dance music festivals as well as playing the more subtle classical stylings.

He learned the piano throughout his childhood, immersing himself in the styles of classical pianists from previous generations, before forging his own path. Today Nils Frahm continues to work as an accomplished composer, producer and celebrated performer from his Berlin-based studio at the renowned Funkhaus. His unconventional approach to an age-old instrument, played contemplatively and intimately, and on a mesmerising scale through his vast stage shows, has won him many fans around the world.

In 2013 Nils released latest album ‘Spaces’ to critical acclaim, , expressing his love for experimentation and answering the call from his fans for a record that truly reflects what they have witnessed during his live shows. Recorded over a period of two years the album captured live performances from various of his concerts worldwide, so give Spaces a listen to get a sense of how good this show is going to be.

Nils launched Piano Day, an offical global body created by him and his closest friends to celebrate the piano via various innovative, piano-related projects around the world. The first project revealed by the Piano Day team was the building of the world’s tallest piano: the Klavins 450. It was on the slightly smaller version built by piano inventor David Klavins that Nils recorded eight improvised piano motifs in one sitting, which formed his Solo album – presented to the world on the first celebration of Piano Day.

After spending much of 2017 in hibernation in preparation for a busy period ahead, Nils will commence 2018 with his first live performances since 2015, and will embark on the beginning of a long worldwide tour entitled All Melody.