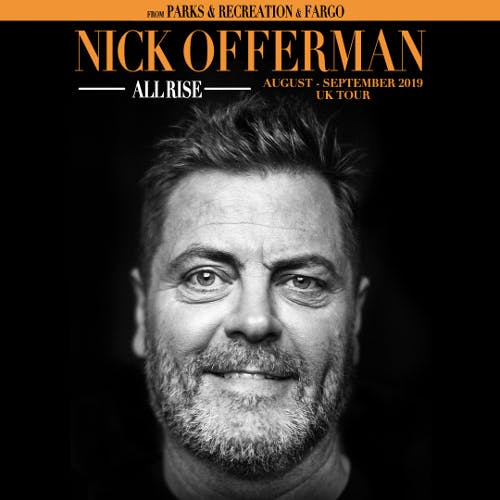 THIS SHOW WILL NOW BE TAKING PLACE AT PALACE THEATRE. ALL TICKETS REMAIN VALID.

Award-winning actor, writer, woodworker, and comedian Nick Offerman announces that he will be hitting the road for the first time since 2017, with his brand-new live show, All Rise.

“My aim in this undertaking is to encourage my fellow Homo Sapiens to aim higher in life than the channels of consumerism would have us imagine,” said Offerman

All Rise is an evening of deliberative talking and light dance that will compel you to chuckle whilst enjoining you to brandish a better side of humanity than the one to which we have grown accustomed.  Genuflection optional: in my church, you kneel as you please, or not at all!