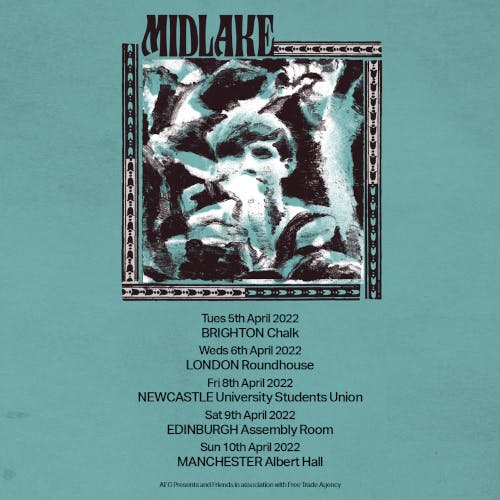 Following on from their last album, Antiphon, which was released in 2013, we’re pleased that Midlake are back, and have announced news of their long-awaited new album, For the Sake of Bethel Woods, released on the 18th March 2022, via Bella Union.

Midlake began re-attending to their patch in 2019, with the bulk of the album’s work undertaken when the world shut down in 2020. The lockdown turned out to be helpful, in terms of offering an escape from grim reality and focusing the band’s energies – essential for an outfit whose members (Pulido, Chandler, Smith, Eric Nichelson and Joey McClellan) had all pursued alternative ventures following Antiphon. Also on-hand was new collaborator John Congleton, who produced, engineered and mixed the album, marking Midlake’s first record with an outside producer. “I can’t say enough just how much his influence brought our music to another sonic place than we would have,” says Pulido. “I don’t want to record without a producer again. Part of that is the health of the band, because as you get older you get more opinionated and you kind of need that person who says, ‘No, it’s going to be this way!’ It’s hard to do that with your friends.”

The result is a powerful, warming expression of resolve and renewal for Midlake, opening up new futures for the band and honouring their storied history. An album of thematic and sonic reach with a warm, wise sense of intimacy at its heart, an album to break bread and commune with, honour the past and travel onwards with. In ‘Bethel Woods’, Pulido sings of gathering seeds. On For the Sake of Bethel Woods, those seeds are lovingly nurtured, taking rich and spectacular bloom.