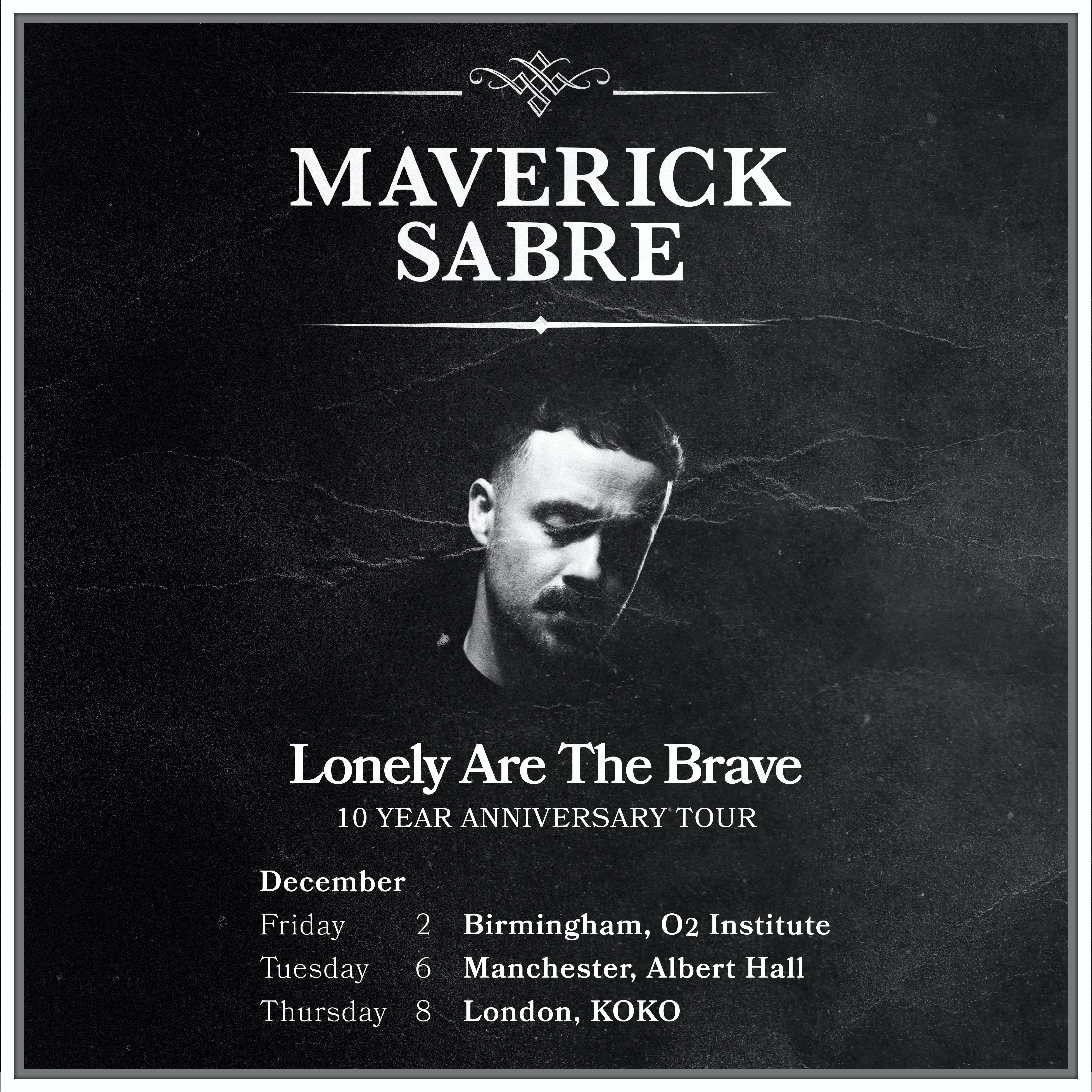 TICKETS ON SALE FRIDAY 1ST OF JULY AT 10AM

Maverick Sabre has announced celebrate the 10-year anniversary of his seminal genre-blending debut Lonely Are The Brave. Performing the album in full for the first time, the platinum, #2 release catapulted the Irish artist to prominence, leading to a BRIT nomination and countless industry accolades.

Speaking on the announcement, Maverick said –

“I wanted to mark the 10-year anniversary of my debut album with a special tour. LATB has taken me around the world and kickstarted a lot of moments in my career, it also is a diary entry to how I was feeling at that point in my life about my own experiences and what I saw in the world around me. There’s a sadness in the fact that many of the topics I was writing about haven’t changed much in those 10 years but there’s a beauty in reflecting on where I was internally all those years ago to now, so with this tour I want to give enough energy to both sides of that. For all the old-school fans I wanted this to just be a reminder of something they hold close to their hearts and for the new fans that don’t know the first album as much, I wanted to bring them back to a record that still feels like it has as much relevance now as it did when It was first released. It’ll be my first tour doing a whole album in its entirety and I’m excited to reconnect with it and bring it to life once again.”

This announcement follows the release of Maverick’s fourth LP Don’t Forget To Look Up in January, the album featured appearances from Nile Rogers, Sasha Keable, and Demae with The Arts Desk noting; ‘it’s a deliberately introspective record, touching on lockdown induced feelings of isolation and claustrophobic relationships, and Stafford’s earnest, raw style suits that’. Don’t Forget To Look Up was released to acclaim from the likes of CLASH, Crack, Complex, District, TRENCH, The Line of Best Fit, and more.

Platinum-selling, BRIT-nominated artist Maverick Sabre is the voice of a generation. Previously collaborating with the likes of Jorja Smith, Joey Bada$$, Bugzy Malone, Chronixx, Rudimental, Vintage Culture, and George The Poet – Maverick has a flair for working with the best artists, producers, and tastemakers in the scene. Imbuing each of his timeless releases with perceptive social commentary, introspective lyricism, and his signature emotive delivery; this prolific, critically-acclaimed artist has been supported by the likes of The Guardian, The Arts Desk, Complex, GQ, and NPR.