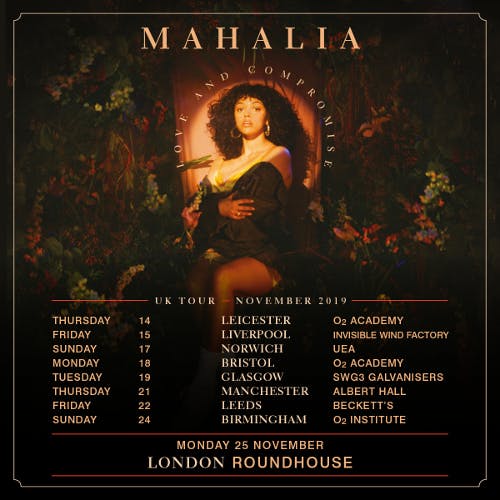 Mahalia is an alt-R&B soul singer and songwriter who counts Erykah Badu and Lauryn Hill among her biggest influences. She started songwriting before her teenage years and gained the interest of major labels by the age of 13. Her first collection, Head Space EP, came out in mid-2012. After taking some time to finish school and hone her sound, she re-emerged in 2015 on Rudimental’s single, We the Generation, and performed with the group on Jools Holland. In 2018 she was nominated for the BRIT Award’s ‘Critics Choice Award’. Her new album ‘Love And Compromise’ is due to be released in 2019.