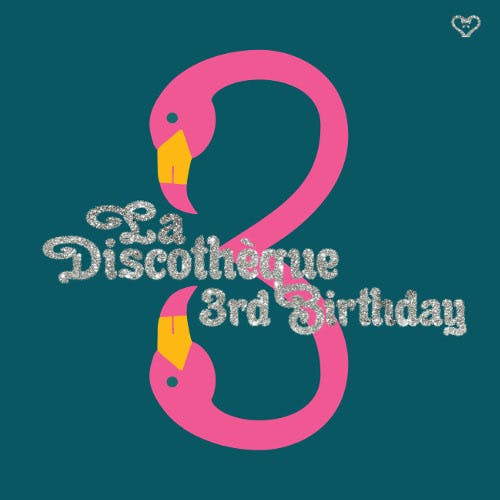 + VERY SPECIAL GUESTS TO BE ADDED

We’re turning three! It feels like only yesterday that the inaugural La Discothèque sold out Albert Hall back in November 2016. Since then we’ve flown the flamingo across the UK and beyond, taking the disco debauchery to Leeds, Newcastle, London, Brighton, Croatia, Ibiza, and many more! But on Saturday 23rd November we return to our spiritual home Albert Hall, with a star-studded lineup featuring faces both old and new, as well as our fabulous flamingos, queens and soul sergeants.

Leading the Birthday celebrations is a live PA from Disco legend Alicia Myers, best known for her smash hit ‘I Want To Thank You’, who must be performing in Manchester for the first time in well over a decade. Joining her are two of our firm favourites; Chicago House legend Derrick Carter, and the DJ so good the Queen gave him an MBE, Norman Jay! We’re also delighted to have Rob Da Bank bring his ‘Purple Rave’ Prince tribute to La Discothèque for the first time, alongside some very special guests still to be announced, and local heroes Bad Fun.

Please note that our last Manchester party sold out well in advance so please buy quickly to avoid disappointment!

We’ve had some incredible live PAs over the three years; Jocelyn Brown, Evelyn Champagne King, Candi Staton… The live element has been integral to our parties and we wanted more! We’re therefore over the moon to reveal that Disco legend Alicia Myers will hopping across the Atlantic for what must be her first Manchester show in at least a decade! Best known for her smash hit ‘I Want To Thank You’, the Detroit diva’s been sampled by everyone from Theo Parrish to Kanye West, but we’re super excited to hear the original live in all its glory!

Derrick’s back and he’s doing Disco! The Chicago House legend is a firm favourite here at La Discothèque HQ and despite flying the flag for us all over the UK – he memorably headlined our debut London show to a sold out Printworks – he’s not actually played for us in Manchester in almost three years… Would you believe it!? It simply wouldn’t be a birthday without him.

Wouldn’t be a disco without a spot of Prince, fortunately we’ve got it in spades! BBC Radio 1 DJ and Bestival co-founder Rob Da Bank continues the fine tradition of Prince tributes we’ve had here at La Discothèque, bringing his ‘Purple Rave’ show to Manchester for the very first time.

The DJ so good the Queen gave him an MBE! Rare groove pioneer Norman Jay is one of the most accomplished and celebrated DJs in British history and has over fifty years experience under his belt – he played his first gig at a cousin’s birthday when he was only eight years old – and even DJ’d at Mick Jagger’s 50th! Clearly well-versed in birthday parties – and another of our regulars we haven’t had back in Manchester for a while – he was one of the first names on the team sheet!

Our very own toilet rave is back and we’ve invited along the aptly-named Bad Fun! Get ready to lose your sh*t!