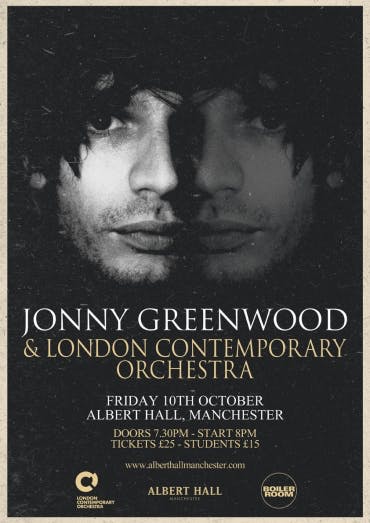 Recognised as one of the leading guitarists of all time (Rolling Stone magazine, 2011) and an accomplished multi-instrumentalist, Greenwood will perform on electric guitar, tanpura and ondes Martenot, together with the acclaimed LCO Soloists to create a unique ensemble of rarely heard colours and combinations. The ondes Martenot is particularly unusual, having gone out of production in 1988, and – despite its hauntingly beautiful sound – is only played by a handful of musicians throughout the world.

In addition to new material, the performance will showcase music from Greenwood’s film scores, including the Academy Award-winning There Will Be Blood, The Master and Norwegian Wood. The programme will also feature works by Xenakis, Purcell, Messiaen and the LCO’s Composer-in- Association Edmund Finnis.