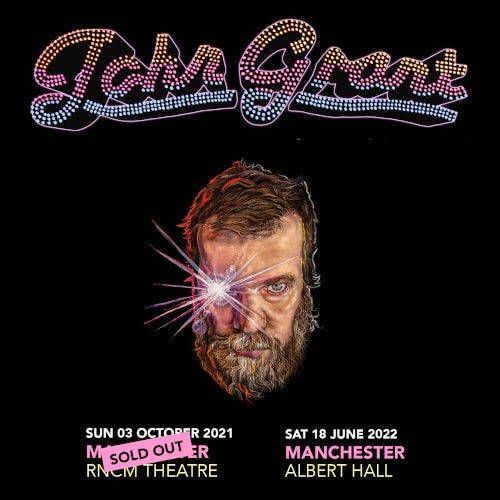 With his much-anticipated new album, Boy From Michigan, due for release on 25th June via Bella Union, John Grant has announced that he’ll be returning to Albert Hall! He was incredible when he played in 2018 & 2019 on the ‘Love Is Magic’ tour, and there’s no doubt this one will be an exceptional show.

The new album was produced by another of our favourite acts, Cate Le Bon. “Cate and I are both very strong-willed people”, says Grant.  “Making a record is hard on a good day. The mounting stress of the US election and the pandemic really started to get to us by late July and August last year. It was at times a very stressful process under the circumstances, but one which was also full of many incredible and joyful moments.”