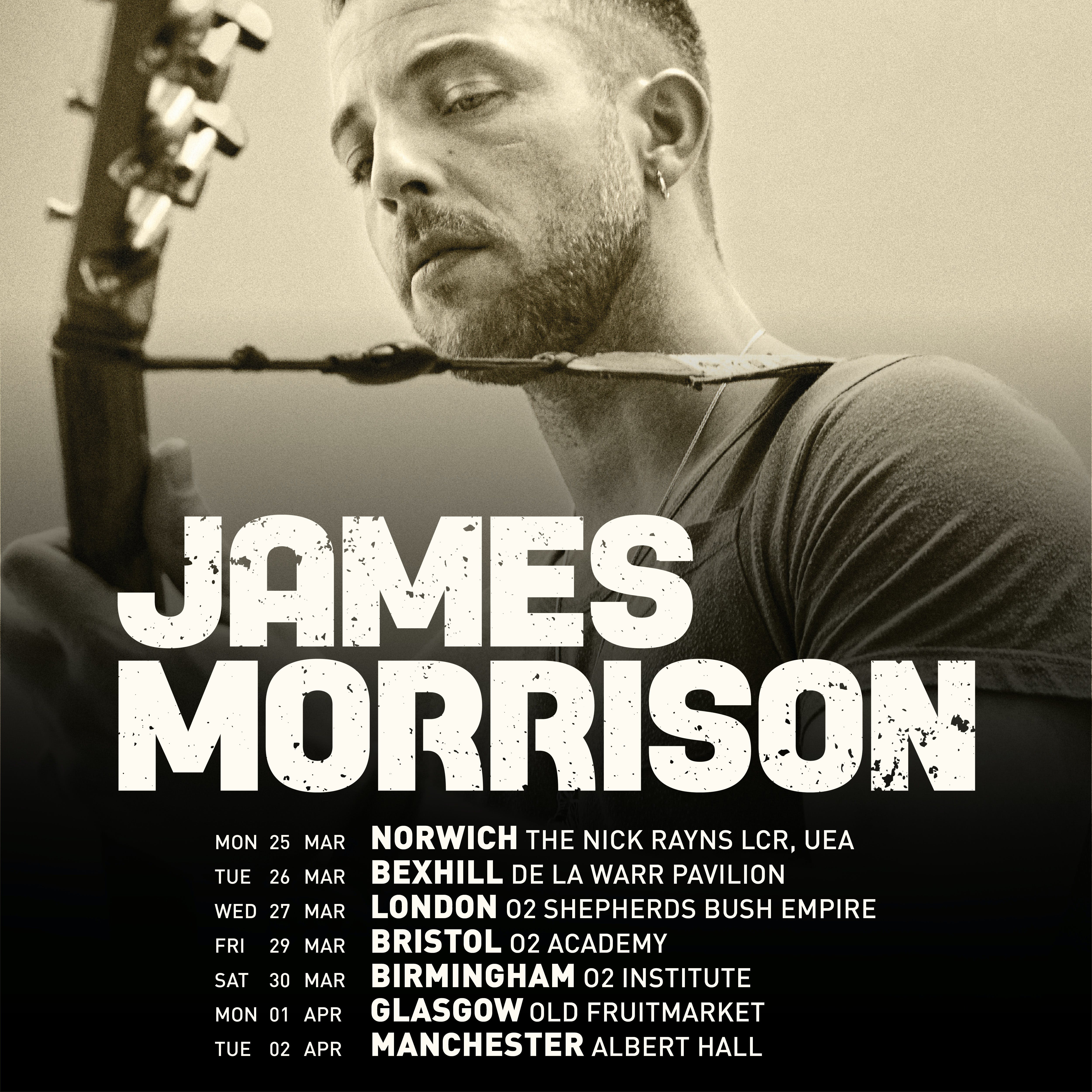 With two #1 albums, five Top 10 singles, a BRIT Award and 7 million sales, James Morrison is one of the biggest success stories of his era. He’s now set for an exciting new chapter in his career with the release of his new album ‘You’re Stronger Than You Know’ on March 8th via Stanley Park Records.

The album is previewed with the release of lead single ‘My Love Goes Down’.  An impassioned modern soul anthem, the conversational confessional finds Morrison’s once-in-a-generation vocals complemented by Joss Stone. Their connection goes back to when she presented him with the BRIT Award for British Male Solo Artist in 2007. The track is accompanied by an official video, which captures a beautiful performance from James and Joss in a recording studio in Chicago.

Harking back to the Stax and Motown eras that he loves, ‘You’re Stronger Than You Know’ is the album that James Morrison has always wanted to make. Vocally he’s never sounded better, with his honest songwriting inspiring a voice that exudes power, tenderness and experience. His band, meanwhile, hit that life-affirming sweet spot between rambunctious energy and tight musicianship.