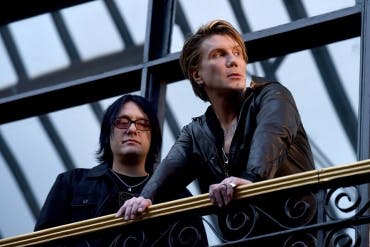 Taking influence from David Bowie’s method of working, singer and guitarist John Rzeznik changed his way of working for the new album ‘Boxes’. He was thinking about the change Bowie made between writng ‘Scary Monsters’ and ‘Let’s Dance’.

He realised that he needed to push himself into a new change.  Rzeznik didn’t want to sit in a room by himself writing songs, and instead enlisted the help of his favourite songwriters and producers. The result is a vibrant, sonically forward-looking album that pushes the boundaries. “…if you listen to our records from 1986 and listen to Boxes, you’d never imagine that we’re the same band,” says bassist Robby Takac. With the album now fresh out of the box having been released on May 6th, come see how it sounds live