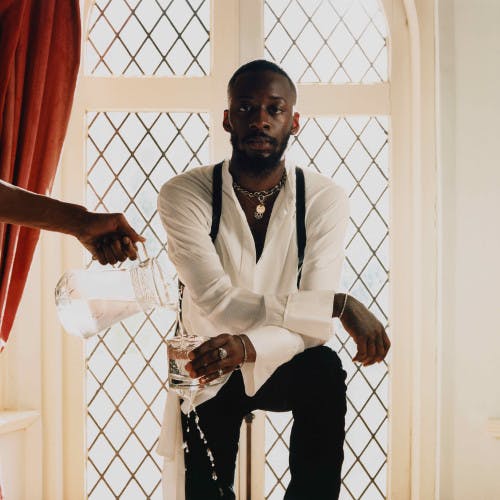 Where the intersections of the DMV (DC, Maryland and Virginia) collide, GoldLink is a direct product. Washington, D.C., and the broader DMV area, have long been treated like a musical Rubik’s cube. There are bursting, Technicolor patches of musical brilliance, but the component parts never line up in a way that made sense to those on the outside. GoldLink is not interested in spelling out all the nuances of his hometown; what he does aim to do is synthesize his environment’s litany of influences and inspirations into something unique, singular, and all together his own.

With his debut studio album At What Cost (Squaaash Club/RCA)–helmed by the monstrous single “Crew”–released in March 2017, he’s done just that. By merging the sensibilities of go-go with the African diaspora, he’s done what hip-hop has done from its inception: repurpose what’s available into something magical.