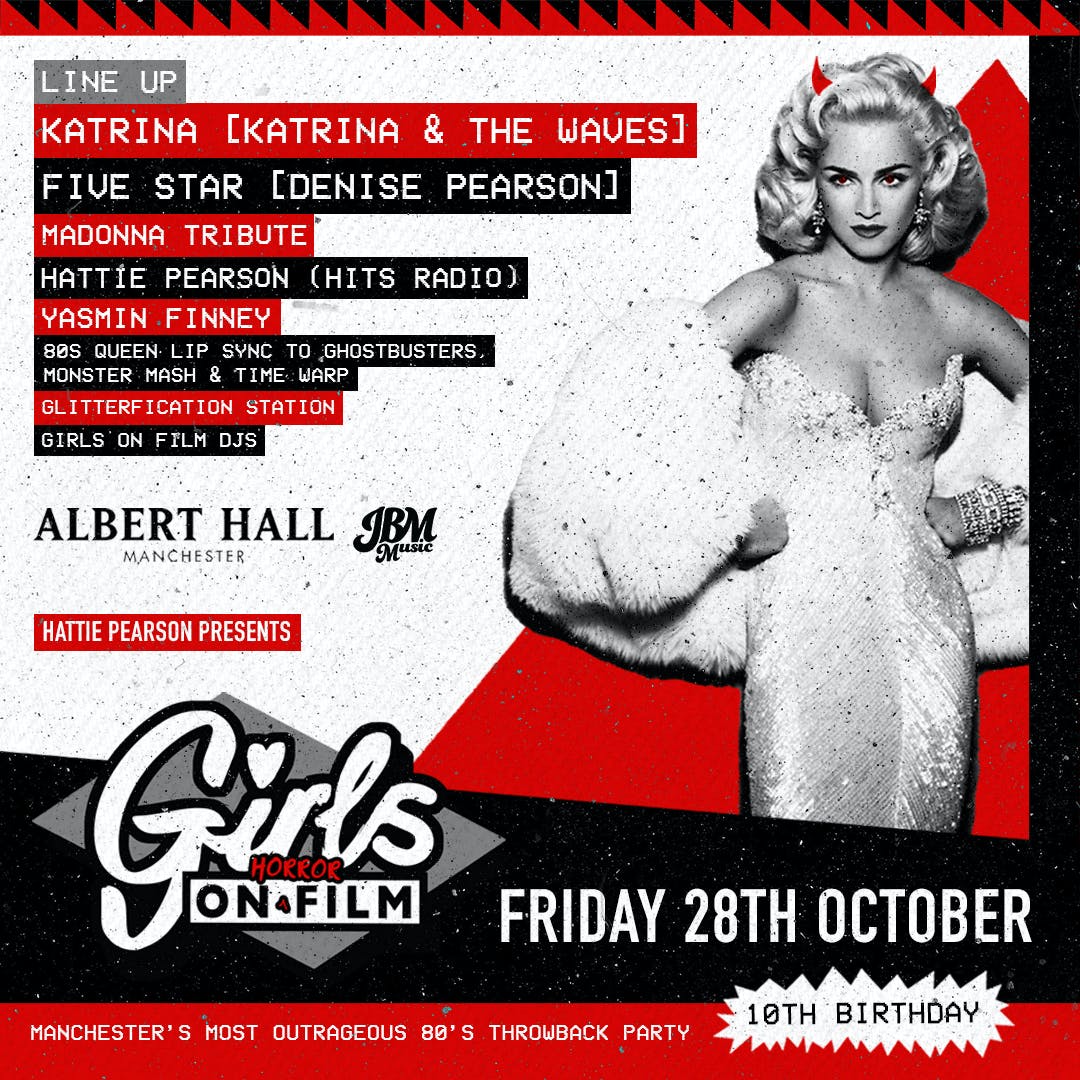 Celebrating TEN YEARS of shoulder pads and dapper lads, Girls On Film lands at the Albert Hall for an outrageous Halloween weekend spooktacular.

Hattie Pearson’s been on our decks for a decade, and she’ll be spinning the eighties platters that matter alongside two of the 80s biggest stars.

Katrina (of the Waves and Eurovision fame) and Five Star’s Denise Pearson will sing live. Throw in a Madonna tribute, Heartstopper’s Yasmin Finney, and lip-syncing drag queens performing 80s Halloween hits and we think you’ll agree it’s all treats and no tricks.

The dress code’s ghoulish glam – so bring us your take from the upside-down, Thriller it up, or maybe Walking Dead on Sunshine.

It’s the decade of economic collapse, the threat of nuclear annihilation, a Kate Bush return, and a tory meltdown. But enough of 2022 LOLZ. The 80s are back back back. At Girls on Horror Film.