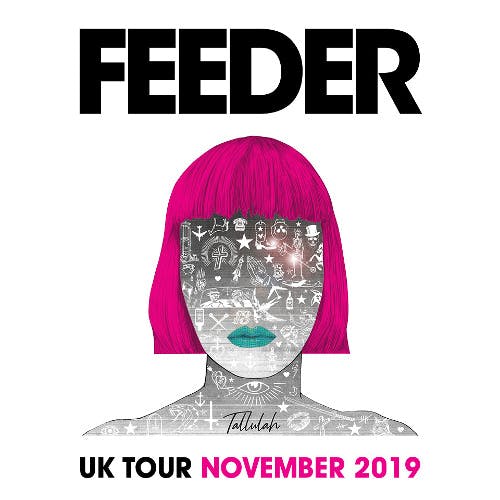 Feeder are ready to come full circle. More than two decades after their first show the band are reinvigorated, tapping into the essential, primal energy that first inspired them. New album ‘Tallulah’ is evidence of this – snappy song writing, expertly produced, and completely natural, completely organic.

As ever, Grant Nicholas leads from the front, alongside bass player and comrade Taka Hirose. The bulk of the new record was laid down at his Treehouse home studio. “Every record still feels fresh,” he argues. “It’s draining, but in a really good way. I do put a lot of time into it – not only the recording and writing, but into everything, really.”

‘Tallulah’ is perhaps the band’s most creative yet also concise record, an album that takes real chances while remaining committed to their punk-edged melodies and crisp song construction.