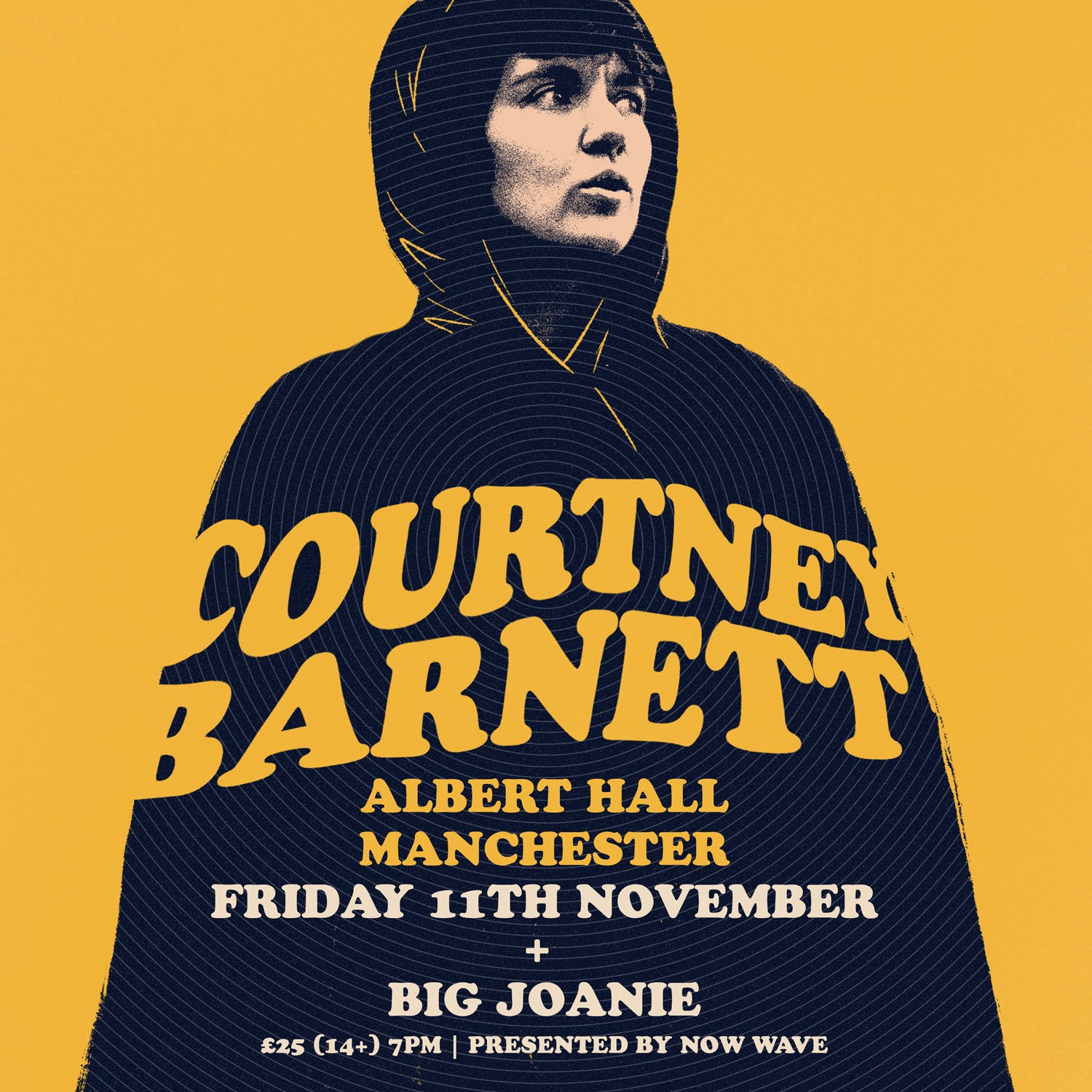 In the hands of Courtney Barnett, fragments of everyday life become rich and riveting. A deft lyricist and virtuosic guitarist, she is an emblem of millennial wit and one of Australia’s most successful musical exports. Based for much of her adult life in Melbourne, Barnett first found critical acclaim with 2013’s The Double EP: A Sea of Split Peas, and broke into the mainstream in 2015 with her debut album, Sometimes I Sit and Think, and Sometimes I Just Sit. Garnering a coveted Best New Artist Grammy nomination and numerous other accolades, the album stands as a generational classic. Barnett followed her debut with 2017’s Lotta Sea Lice, an acclaimed collaborative record with Kurt Vile, and eschewed the vignettes of her early records on 2018’s Tell Me How You Really Feel, her humid, political sophomore record, which featured the Margaret Atwoodinvoking single “Nameless, Faceless”. In 2021, she released Things Take Time, Take Time, a remarkable artistic step forward. Barnett returns to doing what she does best: translating the chaos of the world into sparkling, indelible poetry.

Barnett is also a powerhouse live act, playing slots at festivals including Coachella, Bonnaroo, Governor’s Ball, Primavera, and Lollapalooza. In 2022 Barnett will embark upon 15 dates across North America as part of her self-curated touring festival ‘Here And There’, with a rotating line-up featuring many of the most exciting songwriters in music today.