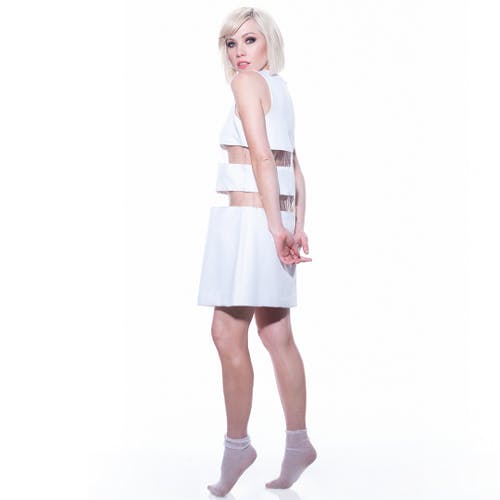 This show will now be taking place at Victoria Warehouse on Friday 7th February. All tickets remain valid and refunds are available at the point of purchase if you’re unable to make it.

Multi-platinum Grammy, Juno and Polaris Prize nominated singer/songwriter Carly Rae Jepsen is bringing The Dedicated Tour to the UK and Europe in February 2020, following an intimate sold out show at London’s XOYO earlier this year.

Following the success of her fourth album Dedicated, the cult pop star will bring her glistening disco-laced pop songs to Manchester’s Albert Hall and London’s iconic Roundhouse before embarking into mainland Europe for eight more dates including shows in Paris, Amsterdam and Berlin.

to the pre-sale window to purchase tickets. Visit www.carlyraejepsen.com for more info.

Dedicated earned a host of critical acclaim from the likes of The Guardian, NME, The Line Of Best Fit and the Independent. British GQ described it as “an album of luscious pop hits,” while i-D observed that it “cements her status as a pop music polymath.” In an interview with Vogue, Jepsen described her intention for the album: “I wanted it to be a little bit like how I listen to music, which is sometimes a little more homestyle, dance parties in the living room with your friends.”

Dedicated spawned a number of singles including “Party for One“, “Now That I Found You“, “Want You In My Room” and “Too Much“.

The album follows 2015’s E*MO*TION and its sequel E*MO*TION: Side B released the following year: the pair garnered a cult following, with Jepsen drawing inspiration from 80’s and alternative pop music alongside a host of acclaimed collaborators such as Sia, Dev Hynes, Ariel Rechtshaid and Rostam Batmanglij. E*MO*TION followed the release of Jepsen’s debut album Kiss which featured the global hit ‘Call Me Maybe’. The track reached number one on the iTunes Singles charts in over 47 countries, selling over 20 million copies worldwide and earning Jepsen 2012 Grammy nominations for Best Pop Song Performance and Song of the Year.