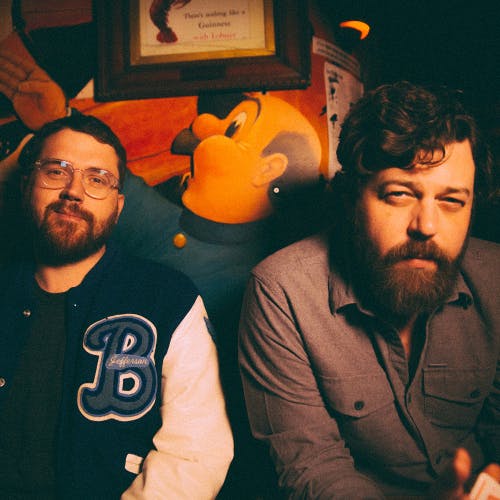 Today, Bear’s Den announce their third studio album, ‘So that you might hear me’ will be released on 26th April. The band also reveal two new tracks today, showcasing the breadth of musicality on the record. Listen to ‘Fuel on the Fire’ and ‘Blankets of Sorrow’ here: https://BearsDen.lnk.to/Sothatyoumighthearme

‘So that you might hear me’ was recorded at several studios in Seattle with the producer Phil Ek (The Shins, Fleet Foxes, Father John Misty) and was mixed by Craig Silvey (Arcade Fire, Metronomy).

A need for connection lies at the heart of the band’s third album. Both bold and exposed, intimate yet expansive, the first two tracks are a perfect example of this: ‘Fuel On The Fire’ pulses and blossoms from the visceral throb of drum machine beats and electric guitars into an orchestral beauty that showcases the more electronic side of the band. This is juxtaposed with the bewitching “Blankets Of Sorrow” that demonstrates the more intimate Bear’s Den sound and explores themes of familial love and of trying to reach someone who can no longer be reached. With the band beloved by their fans for the way their songs have woven themselves into the fabric of some of the most bittersweet chapters of their lives, ‘So that you might hear me’ continues in that vein, pairing soaring melodies with poignant and at times unsettlingly personal lyricism.

So that you might hear me’ is the follow-up to 2014’s ‘Islands’, which earned them an Ivor Novello nomination, and 2016’s more expansive ‘Red Earth & Pouring Rain’, which reached number six in the UK chart. The band have sold almost 500,000 records over the course of their career, with ‘Red Earth & Pouring Rain’ seeing them cap four years of non-stop touring selling a total of 100,000 tickets across Europe which included two glorious sold-out homecoming shows at Brixton Academy and Hammersmith Apollo.