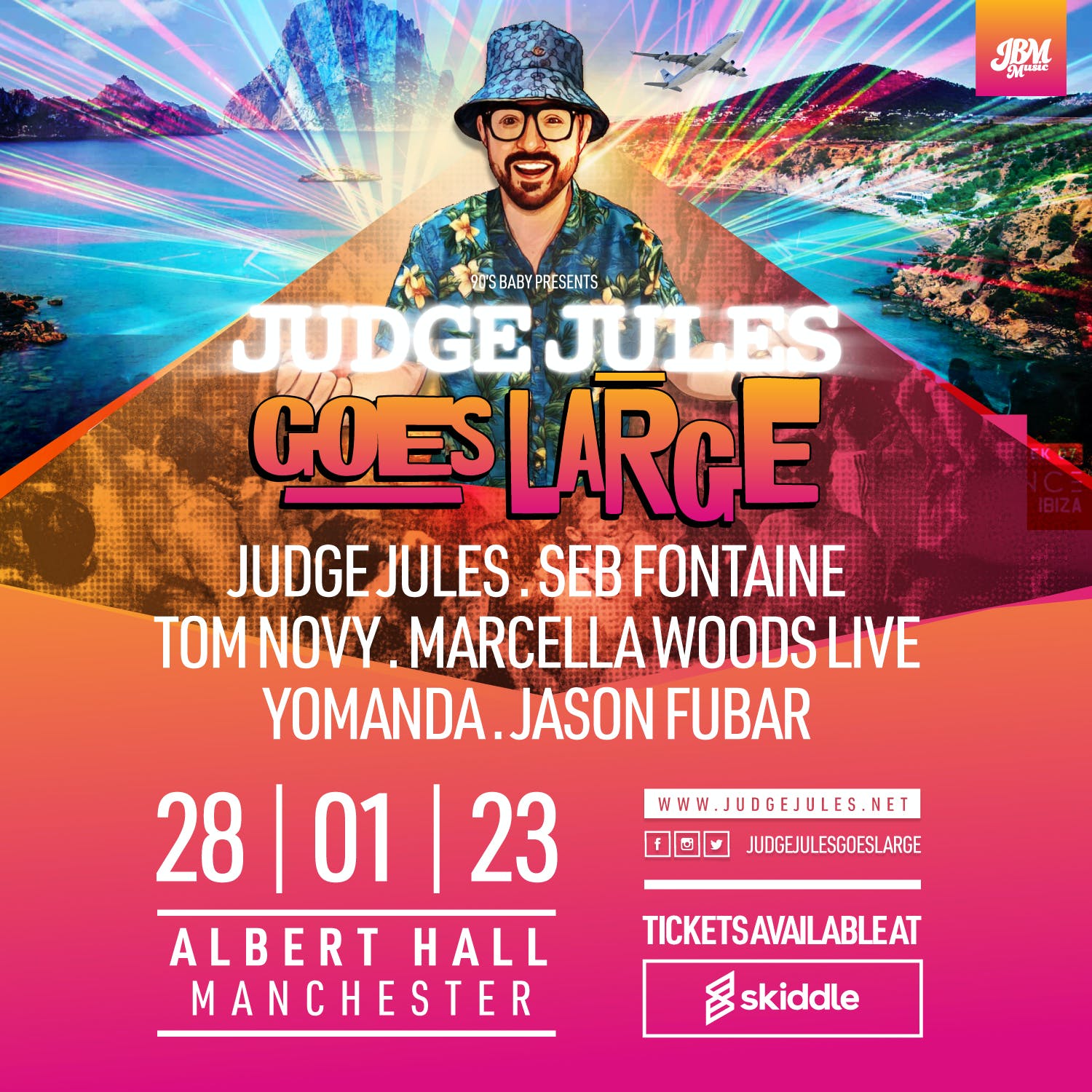 Judge Jules is the mastermind behind the ultra-successful Kevin & Perry film soundtrack and album. He curated the movie’s soundtrack and wrote the movie’s iconic theme song “All I Wanna Do Is Do It” with Harry Enfield. Yes, Jules is synonymous with Kevin & Perry, and “Judge Jules Goes Large” is his own event interpretation, paying homage to the movie. Musically, as with Jules’s work on the Soundtrack, “Goes Large” is not genre specific – more a mixed bag of timeless iconic anthems.  This event is a true representation of Judge Jules at his very best, giving a nod to one of the most memorable films representing club culture. A timeless movie that helped mould and shape the scene we love and enjoy today.