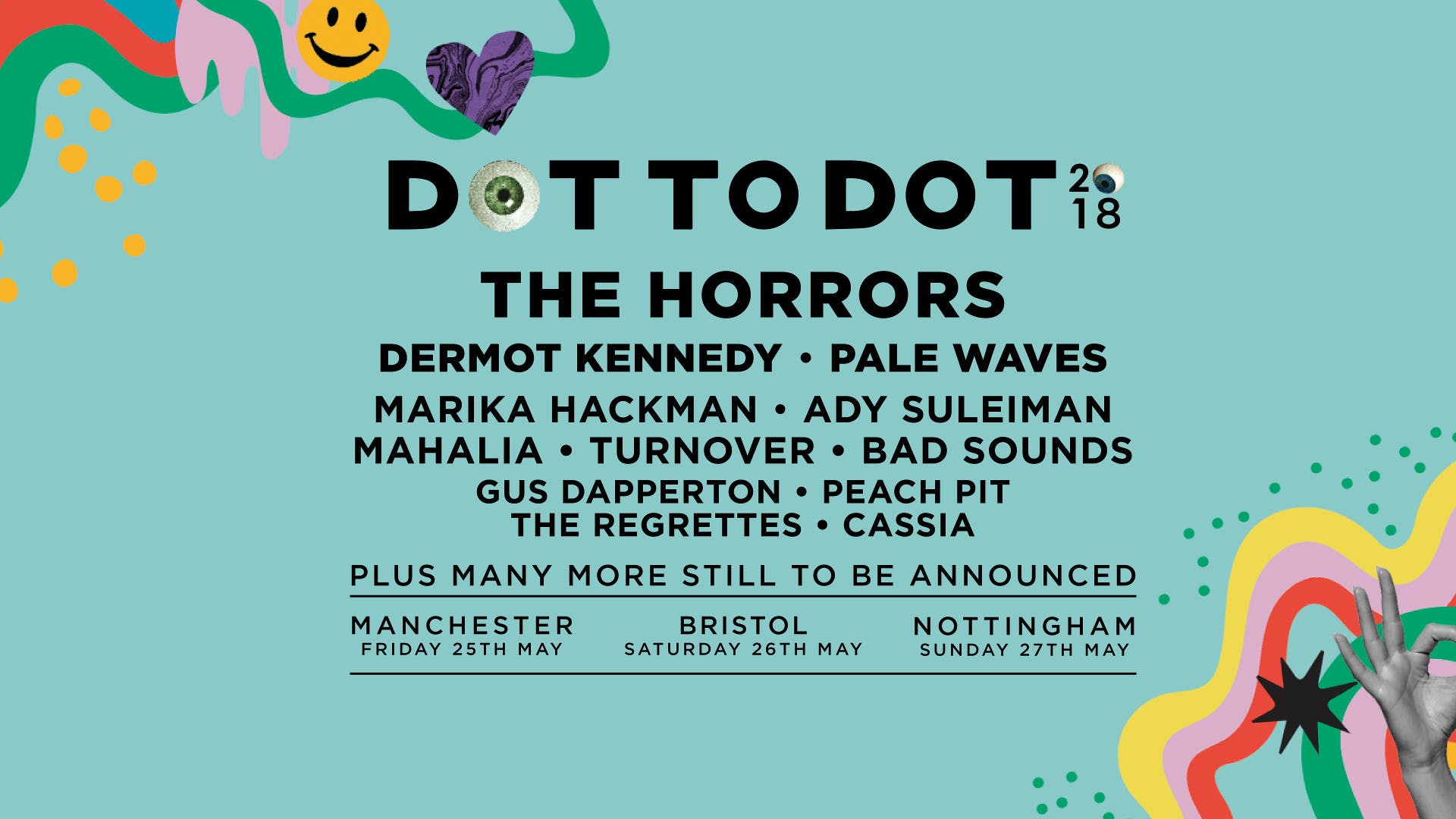 Now in its 14th year overall and 8th year in Manchester, Dot to Dot has become an institution in the UK festival circuit.

Many festivals have come and gone over that time, yet Dot to Dot has successfully managed not only to stick around, but to get bigger and better every year. Keeping its promise of showcasing the best new acts, the organisers consistently tap up the next wave of young bands that go on to great things.

Headlining the bill this year are The Horrors, bringing their shoegaze dream pop back to Manchester once again and on the back of their critically acclaimed album ‘IV’. Also worth checking out are Marika Hackman and Ady Suleiman, who’ve both perfected their material over the last couple of years and been playing amazing live shows. Marika’s latest album ‘I’m Not Your Man’, with The Big Moon as backing instrumentalists, was one of our favourites of last year, changing her style and rising up out of the alt-folk scene.

For those of you who like your bands new and exciting, then look no further than Westerman who’s single Confirmation is a bolt from the blue of pure brilliance that will have you singing the hook for days.

If you want something with a bit more bite, then YOWL should definitely be on your radar. Combining strains of The Fall with the lyricism of Ian Curtis, YOWL are the post-punk band that are destined for great things and you’re going to want to be there when it happens.

Dot to Dot is one of the best days of the year. Accompanying the fantastic line-up is the chance to discover some of Manchester’s finest venues and with the promise of budding talent, expect the unexpected.

Maybe you will even see something you’ll be talking about for years to come – case in point: at Dot to Dot in 2014, I happened to stumble into Pub/ZOO where none other than Macauley Culkin was on stage with his Pizza based Velvet Underground cover band, The Pizza Underground.

And if that sentence isn’t surreal enough, watching Macauley play the kazoo while his bandmates play pizza boxes is something I’ll never forget. Manchester really comes alive during Dot to Dot, with the sun almost always shining and the streets littered with music fans trying to find the next big act and catch some old favourites.