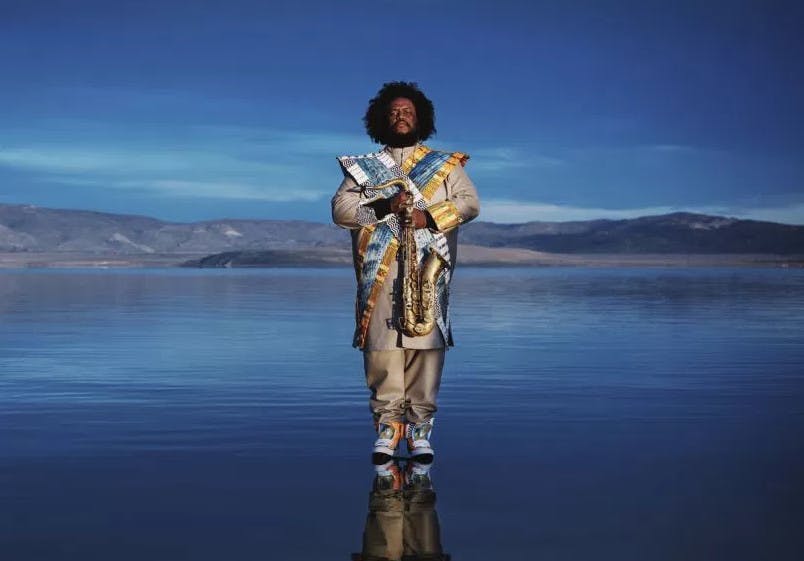 Kamasi Washington grew up in the same LA that N.W.A. were rapping about but chose the Jazz route after hearing John Coltrane’s ‘Transition’. Growing up in this environment helped him cross the line between Jazz and Hip Hop, but Coltrane’s influence is undeniable on Kamasi’s debut album, ‘Epic’, which came out in 2015.

While growing up Kamasi was part of the West Coast Get Down – a collective of musicians credited with reviving jazz fusion, making L.A. the focal-point for what many consider to be a renaissance. The collective included legendary bassist Thundercat, who recently also headlined Albert Hall.

One of his first gigs was as part of Snoop Dogg’s band and perhaps most famously, he orchestrated the strings on Kendrick Lamar’s sensational ‘To Pimp A Butterfly’. He’s even worked heavily with Flying Lotus (Alice Coltrane’s Grand Nephew) on his album You’re Dead, an album which is perfect for those who love Jazz pushed to its limits and mixed with exquisite electronica.

Be prepared to experience one of the most exciting spiritual jazz players of our time, this will be a show full of experimentation and definitely one to remember. So put on your best outfit, grab yourself a good spot and we’ll see you there.