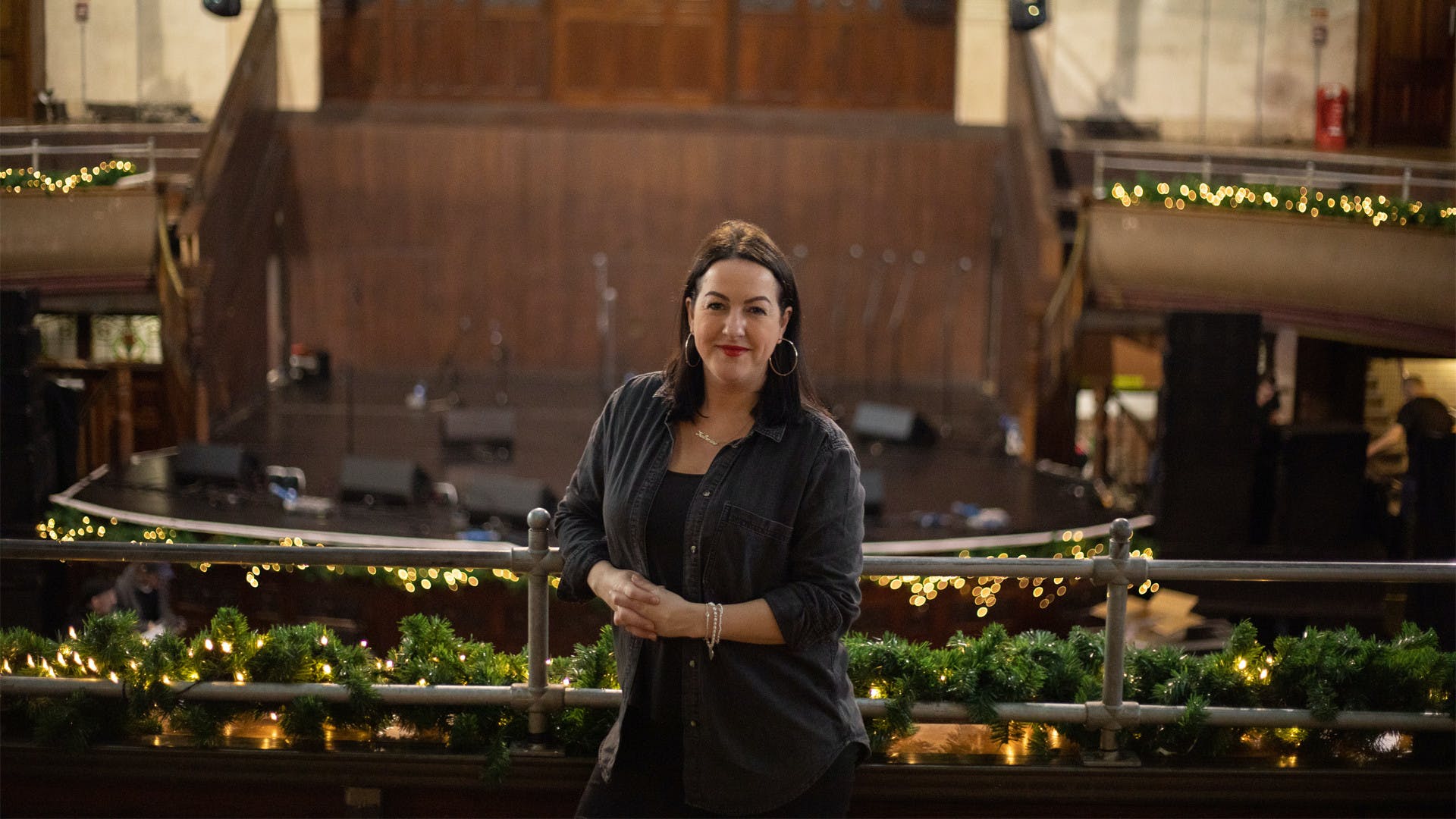 We sit down with the award winning La Discothèque boss…

La Discothèque is an iconic fixture in the Albert Hall calendar, winning “Best Club Night” in its first year, flying the nest for a 2nd Birthday tour across Leeds and Newcastle, and now spreading its wings in London and Brighton. We sit down with “Entertainment Innovator Of The Year 2018” – our very own Kat Warburton – to explore the essence behind La Discothèque.

Hey Kat. Congrats on your award! You’ve programmed venues such as Gorilla and Albert Hall over the last 4 years. What made you become a promoter?

Thank youuuuu! So I started out putting up posters for a venue called 53 Degrees in Preston while I was at Uni… That’s what gave me my first hands-on event marketing experience. I then went on to manage the street team there… I just loved the buzz of it all! After Uni I started working for the ticket agency Skiddle and then began putting on my own events under the brand name ‘Look What The Kat Dragged in’. Cringe, I know!

My very first booking was Chase & Status at a venue called Rumes in Preston. It was a complete sell-out, a pure ‘goose-bump’ moment, and from then I was hooked!

You definitely caught the bug! What advice would you give to promoters starting out?

Don’t fret about your mistakes… It’s ultimately what will make you the very best promoter or event organiser you can be. Nothing gets you learning quicker than when you f**k up!

How have you found being a woman in the industry?

I work for a company that has as many women in senior positions than men. Thankfully I’ve never personally encountered any real set-backs.

There are so many influential women in this industry and I aspire to be just like them!

What’s the hardest lesson you’ve learned in all your years of promoting?

Definitely the events that don’t sell very well, or the times when you lose money. Nothing keeps you grounded like a poorly attended event. All your mates are having a great time and you’re downing drinks in the corner with a fake smile on your face because you’ve just lost 2k. In some ways though, it’s these experiences that give you even more drive and focus; that desire to never make the same mistake again! It’s certainly a great learning experience.

Couldn’t agree more. So… La Discothèque. What was the main inspiration behind the idea?

It came about from me really wanting to do a large scale disco club-night. I’ve done the smaller parties, I wanted to go big. The first La Discothèque party sold out with 2000+ people. The atmosphere and energy was incredible and we knew pretty much straight away we had started something pretty special.

Amazing! How did you feel in the run up to the launch?

It sold out in advance so I was absolutely buzzing! There’s a lot of people involved in the making of La Discothèque, we were on such a high.

Why do you think it’s loved by so many?

Our main aim is to keep things fresh and surprise people. We want our guests to be entertained from the minute they walk through the doors to the minute they leave the building. That’s our ethos! We treat it more like a festival experience than a club night, every show has tonnes of production and little surprises.​ Our crowd is so diverse and that’s reflected in both our bookings and our performers.

What’s the wildest thing you’ve ever seen at La Discothèque?

Some things I definitely can’t mention!

Hmm… The naked streaker who ran on stage during Horse Meat Disco‘s set is always one I look back on fondly. Purple Disco Machine in La Piscothèque (our toilet rave) was also a pretty wild moment.

Hahaha! What’s been the most memorable performance at a La Discothèque so far?

Wow so many! Kenny Dope at our 2nd Birthday was unbelievable, what an atmosphere he created. He was electric! Every Crazy P live performance, I love them so much! Purple Disco Machine in the main room at Albert Hall as well as La Piscothèque. Jocelyn Brown was iconic! PBR Streetgang at the first Canal Mills show were awesome! As was Evelyn Champagne King when she did a PA for us last year. Todd Terje and Dimitri from Paris were stand out sets back in February 2017 too… This is so hard, there’s too many!!

What are you most excited about in 2019?

It’s got to be our debut at Printworks in London. What a venue, it’s a dream come true! Announcing shows is what excites me most… And we have so many more coming!

Where in the world (and beyond) will you take it next?

Next year we’re going to be making more appearances at festivals… Ibiza is also on the cards!

We’ll be taking over more large-scale venues, in similar veins to Concorde 2 in Brighton and Printworks in London, as well as returning to our fave venues across Manchester, Leeds and Newcastle. I’m very excited by what we have in store for 2019!

Thanks so much Kat!