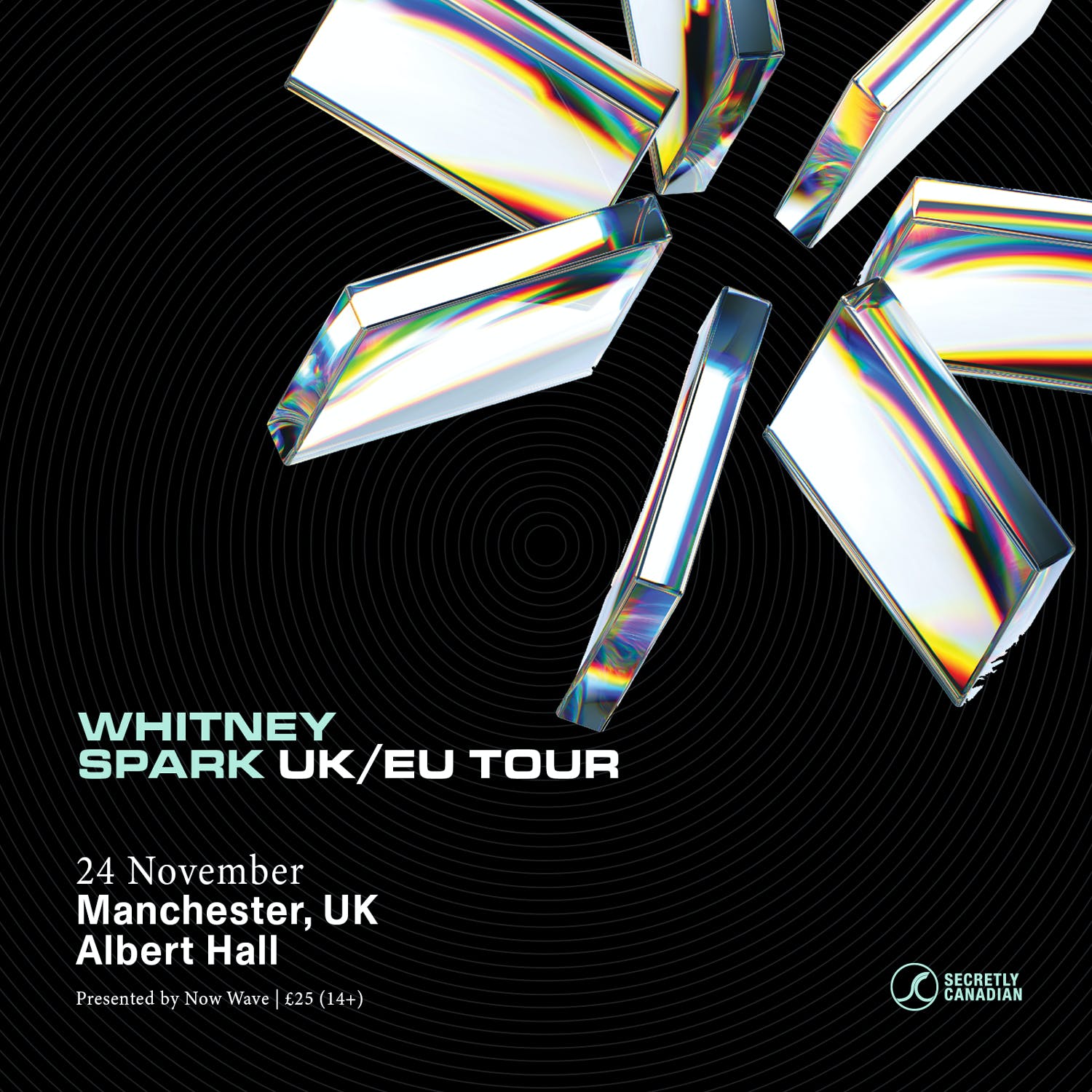 TICKETS ON SALE FRIDAY 1ST OF JULY AT 10AM

Julien Ehrlich and Max Kakacek could hear the staggering differences in the songs they were writing for their third album as Whitney, SPARK—the buoyant drum loops, the effortless falsetto hooks, the coruscant keyboard lines. They suddenly sounded like a band reimagined, their once-ramshackle folk-pop now brimming with unprecedented gusto and sheen. But could they see it, too?

In the ad hoc studio the Chicago duo built in the living room of their rented Portland bungalow, a shared 2020 escape hatch amid breakups and lockdowns, Julien and Max decided to find out. Somewhere between midnight and dawn every night, their brains refracted by the late hour and light psychedelics, they’d play their latest creations while a hardware store disco ball spun overhead and slowed-down music videos from megastars spooled silently on YouTube. Did their own pop songs—so much more immediate and modern than their hazy origins—fit such big-budget reels? When the footage and the tunes linked, Julien and Max knew they had done it, that they’d finally found Whitney’s sound.

Max and Julien are back in Chicago now, sharing a cozy walkup with a little studio, where they’re already building songs for the next Whitney album. Now that they let the past burn, everything is new for Max and Julien. SPARK is not only Whitney’s best album; it is an inspiring testament to perseverance and renewal, to best friends trusting each other enough to carry one another to the other side of this season of woe.