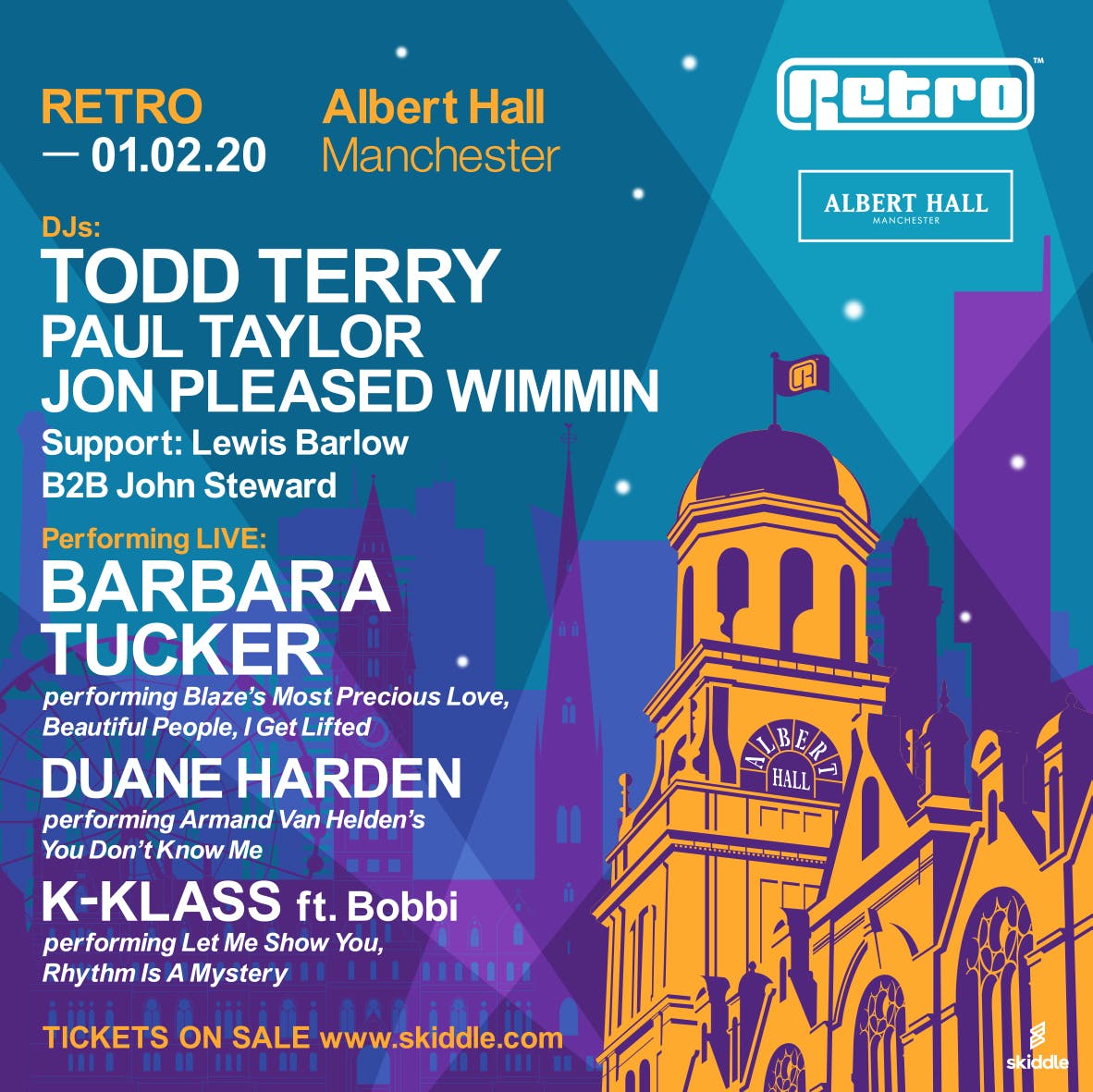 Retro returns to Albert Hall Manchester in 2020 after two HUGE sell out events, this time with our BIGGEST LINE UP Yet!

After celebrating their 30th anniversary this year, ‘Retro’ has continued to go from strength to strength, surging in popularity thanks to the stunning production level, and all-star line-ups, of the parties. The forthcoming event will prove no exception to the rule, with iconic songstress Barbara Tucker in attendance to spearhead an evening of feel-good classics. Best known for her huge disco-inspired anthem ‘Most Precious Love’ alongside Blaze on iconic dance label Defected Records, Tucker isn’t the only iconic vocalist in attendance, with Duane Harden also set to make his ‘Retro’ debut.

After appearing on tracks from the likes of Don Diablo and Ryan Blyth in recent times, American vocalist Harden will forever be associated with providing vocals on Armand Van Helden’s 1998 floor-filling thumper, ‘You Don’t Know Me’, which is sure to provoke a truly raucous reaction on the night!

Accompanying the glittering ensemble will be British electronic act K-Klass. Having crafted a flurry of the most seminal records of generations gone by, including ‘Let Me Show You’ and ‘Rhythm Is A Mystery’, as well as Bobby Brown’s early 90’s ‘Two Can Play That Game’, K-Klass’ appearance in Manchester will raise the roof during this simply unmissable evening.

With New York-based DJ and producer Todd Terry – a man widely considered as the driving force in moving house music beyond the primitive Chicago sound of 1984–86 – also jetting in to perform at the party, the first ‘Retro’ of 2020 will be rounded off by flamboyant London DJ Jon Pleased Wimmin, ‘Retro’ resident Paul Taylor, and many more.