SOLD OUT: Krept And Konan

SOLD OUT: Krept And Konan 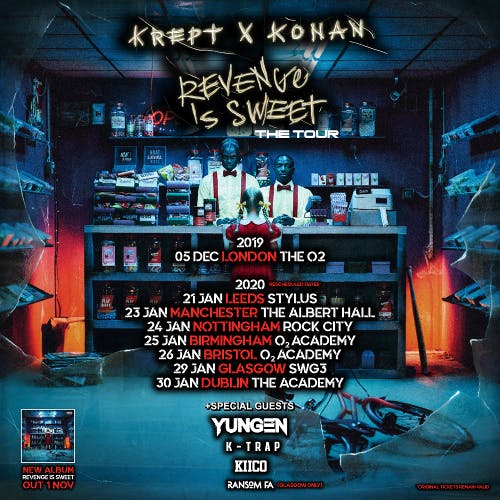 Krept & Konan are a British hip-hop duo with two acclaimed studio albums to their name and a bunch of awards including a MOBO for Best Hip- Hop act in 2014.

They released their second studio album, Revenge Is Sweet, on 1st November 2019. Their previous debut record, The Long Way Home’, was the highest charting British rap album in UK chart history after debuting at No. 2.

Arguably their most personal project to date, the new release lyrically addresses the loss of Cadet, and their business partner in Crepes and Cones and features a sample from the back catalogue of Reggae/Ska artist, Delroy Wilson (Konan’s father). It sees guest appearances from Stormzy, Wizkid, Tory Lanez, Headie One, and more.