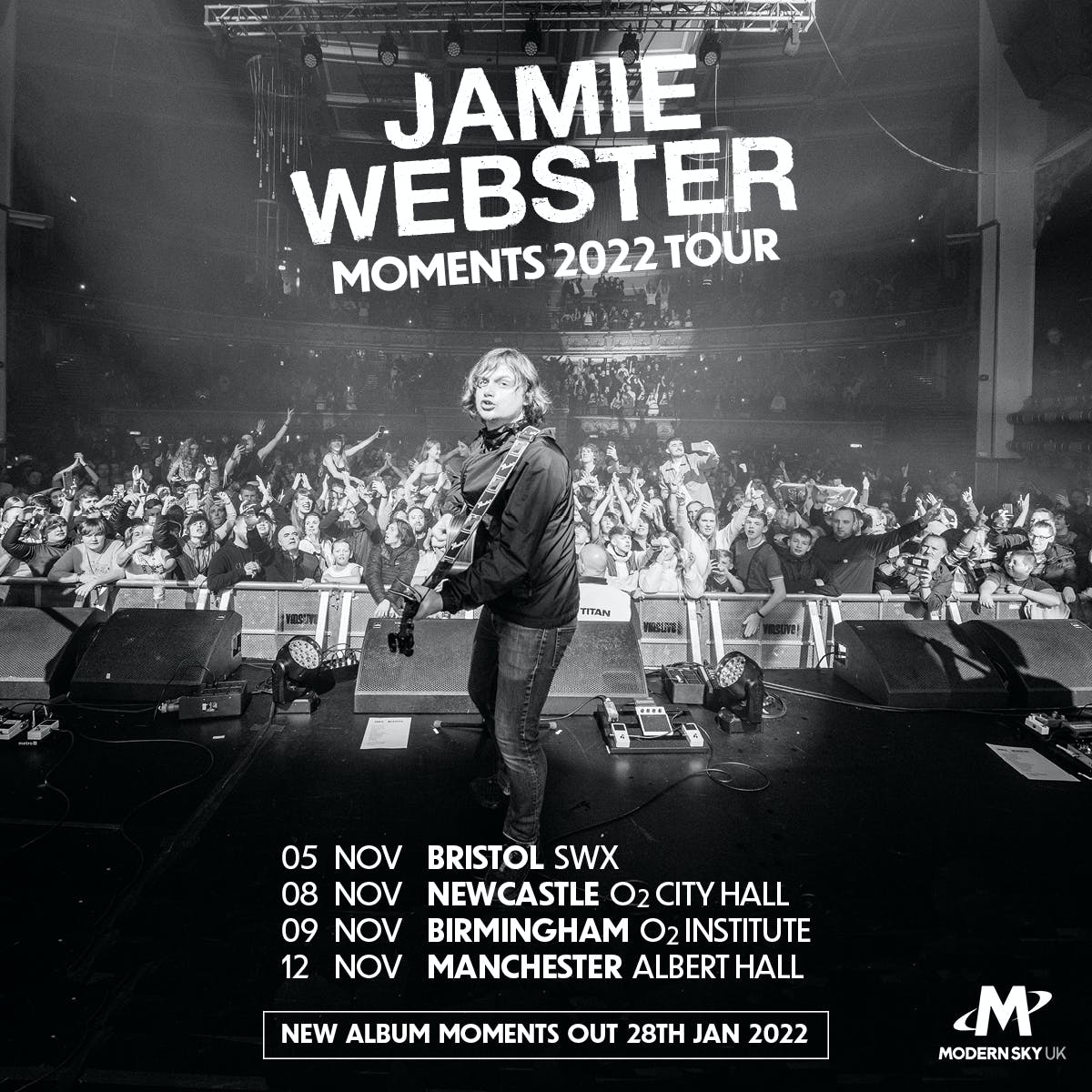 Recording his newest material in the company of producer, Dave Eringa, in early 2021. Webster has affected a new, multi-instrumental stage of ‘going electric’ as part of his artistic growth. Webster’s lyrical gift is sealed in the bold embrace of his band’s musicianship, from bluesy jams to fuzzed up anthems. Taking a distinct view from Covid-hit Britain, watching the wave hit and assessing the aftermath, the artist boldly claims that out of all the lockdown albums, this could be THE lockdown album.

Alongside the constant presence of Bob Dylan, Webster not only credits his home city and the whirl of crisis and injustice that has enveloped the wider world as influences, but has dug deep into his own record collection. Moments pays its debts to the incomparable artistry of David Byrne and the doomed bliss of Laurel Canyon’s creative heyday, including The Mamas and The Papas and Crosby, Stills, Nash and Young.

Firmly established in the fraternity of gifted, socially-aware, young British songwriters, he is joined on stage and in the studio by his band including Lightning Seeds members Jim Sharrock (drums) and Tim Cunningham (bass) plus Danny Murphy (guitars), also a member of Michael Head’s Red Elastic Band.